I’ve always considered myself a blessed kid growing up in the St. Augustine, Florida area.   Living in Florida I was able to experience a very active lifestyle being so close to the St. Johns river and local beaches.  Unfortunately, what I failed to realize, being so young was the history  surrounding  the very foot steps I would walk as a kid.

My wife and I return to St. Augustine almost yearly to visit the beaches, beautiful downtown, family, and of course visit Carla and Bill (Bill married my wife and I, Carla was our wedding planner)!  We took some time to appreciate the history of St. Augustine as we wanted to capture what we could for others to enjoy and learn about the historical events.

I’ve grown to appreciate St. Augustine for it’s history and preservation as there is often no better feeling than returning and enjoying the history of this quaint town.  Now that I am older, I realize in some small way my family is also a part of it’s history and lineage.  We are part of the original DuPont’s that settled in the area around the early 1830’s.

Each building offers its own piece of history within the city.  It’s as if a person can walk through St. Augustine imagining what the original settlers lived like. 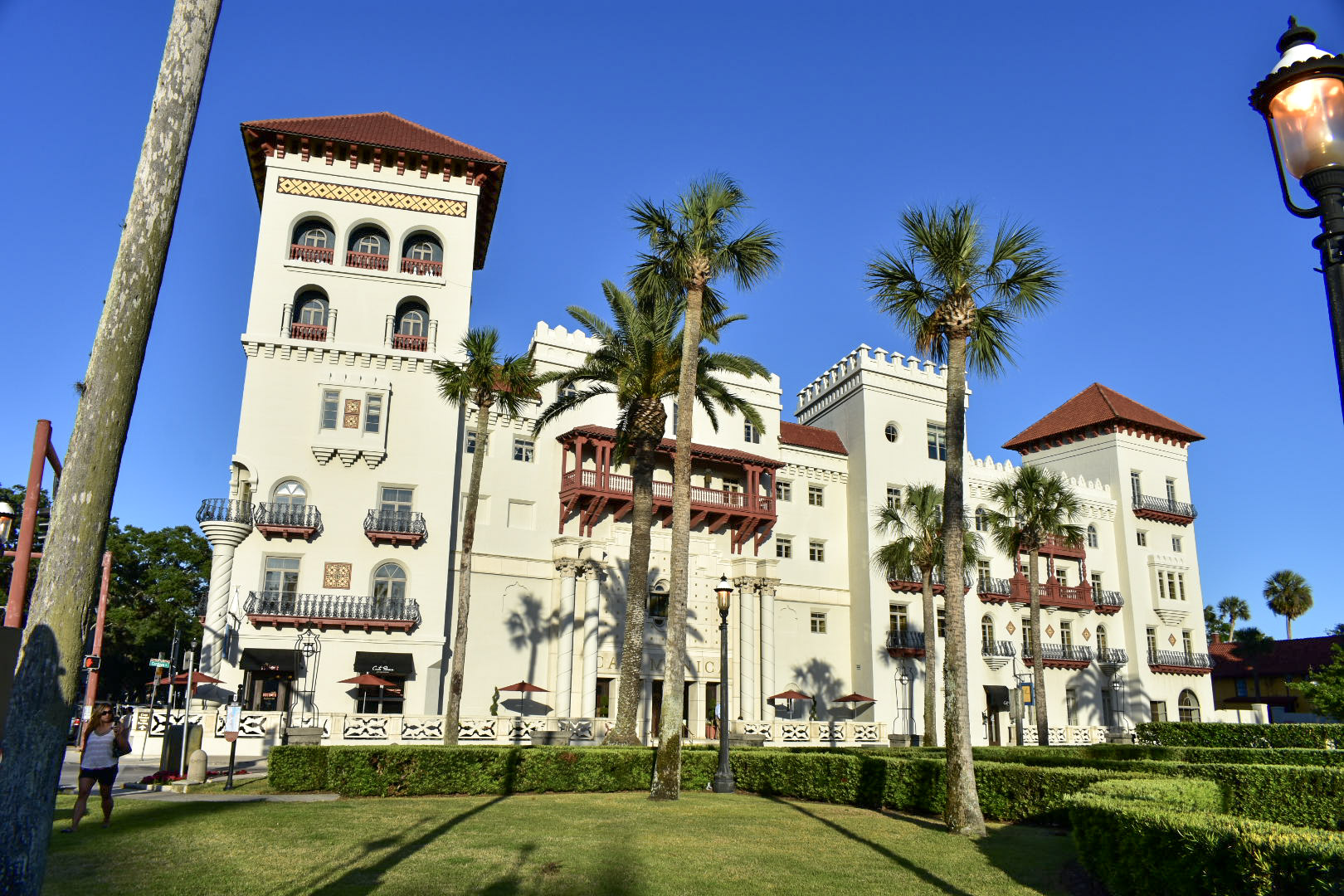 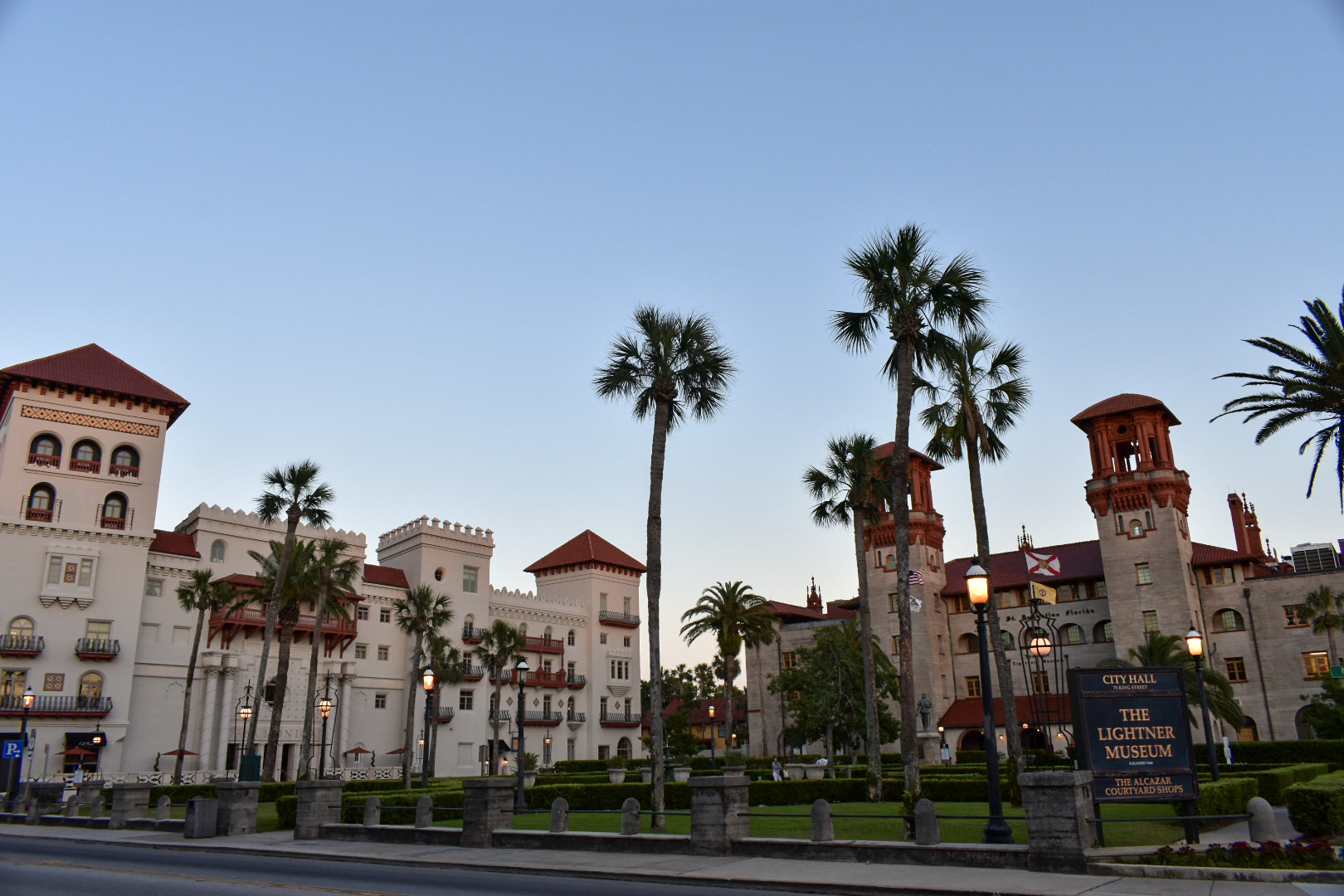 The cathedral of St. Augustine is considered the oldest Catholic parish in the United States.  Dating back to September 8, 1565 from its original celebration by Pedro Menendez (Menedez was one of the main historical figures of St. Augustine).  During Queen Ann’s war, the English Governor of South Carolina, James Moore, raided St. Augustine and destroyed an earlier church.

Due to financial issues, the parish was unable to construct a new church until the coquina edifice had begun in 1793.  Completed in 1797,  it became a cathedral in 1870 when St. Augustine was elevated to a diocese,  Augustin Verot was invested as the first bishop.  In 1887, fire severely damaged the cathedral, but the facade and walls remained standing and were preserved when the building was restored in 1887-1888.

It’s chancel, transept and campanile were added at that time. Further restoration was carried out in 1965. 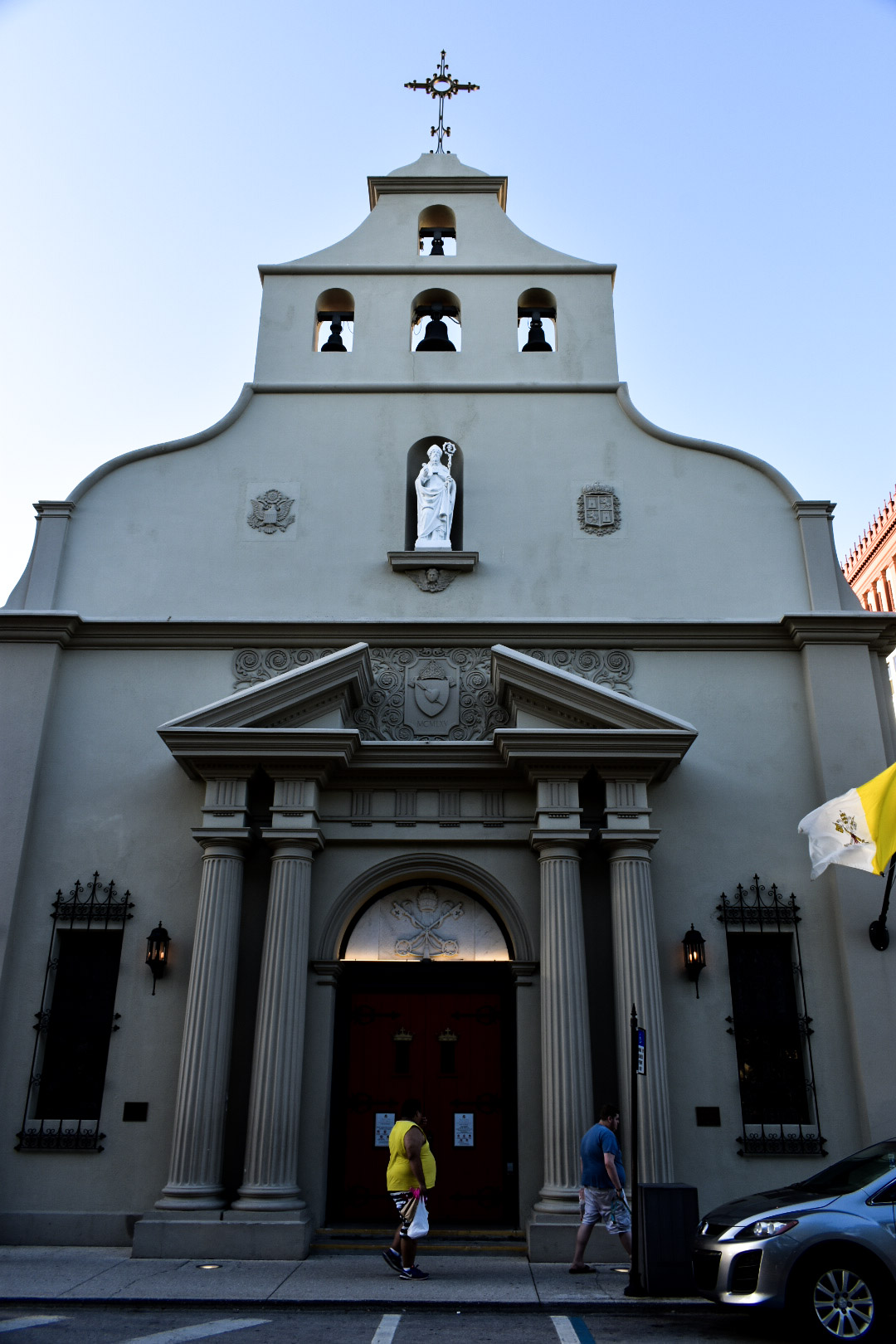 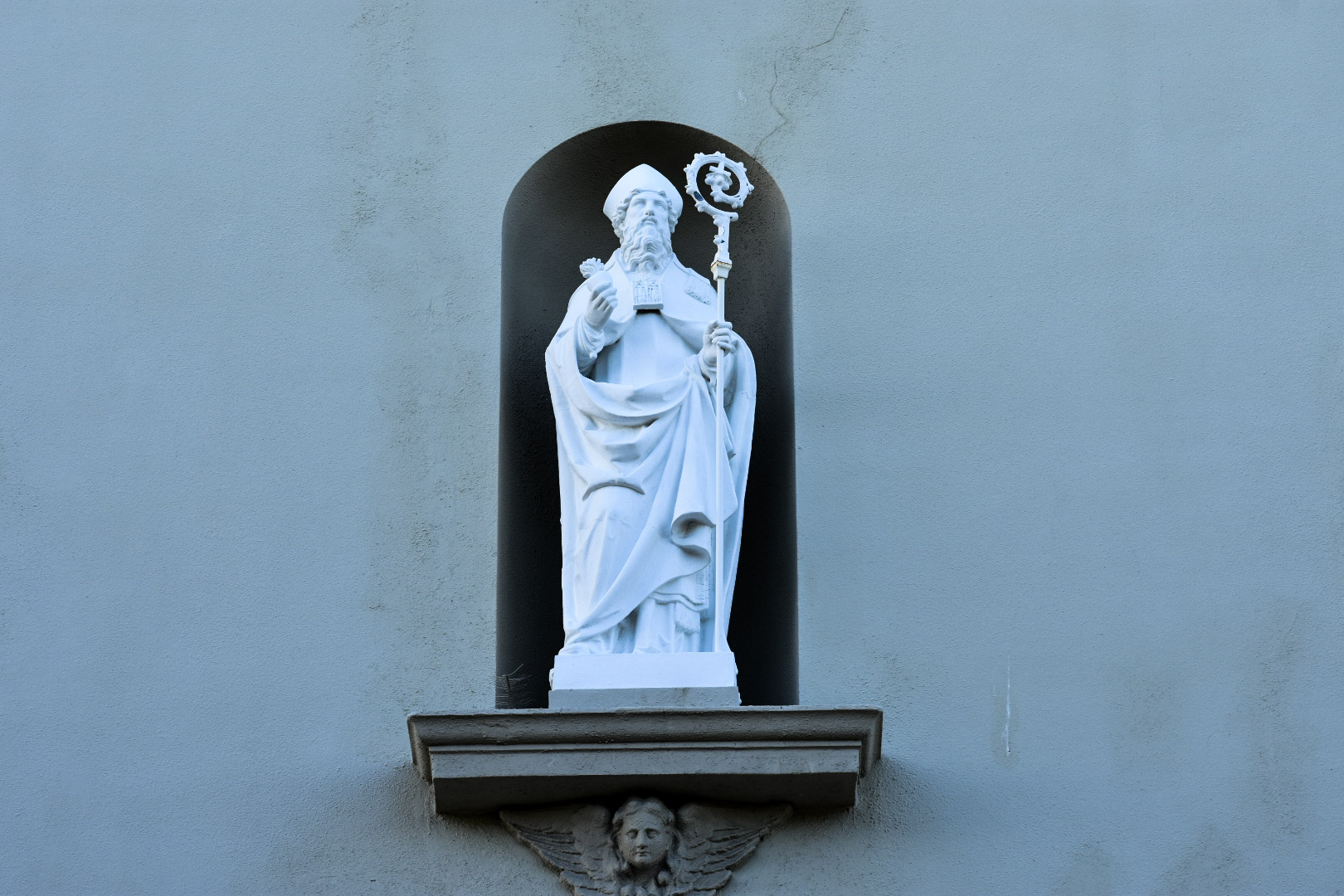 Just down the street from St. Augustine cathedral is the old government house.  I found it very intriguing that in such a small town this government house held quite a few important people in history and helped shape our nation.

Government house is a landmark in the history of our nations government.  From the 16th century, a building on this site served as an administrative center, official governor’s residence, and a colonial capitol for almost 250 years under Spanish and British rule, and as an American federal building from 1821 until 1966. 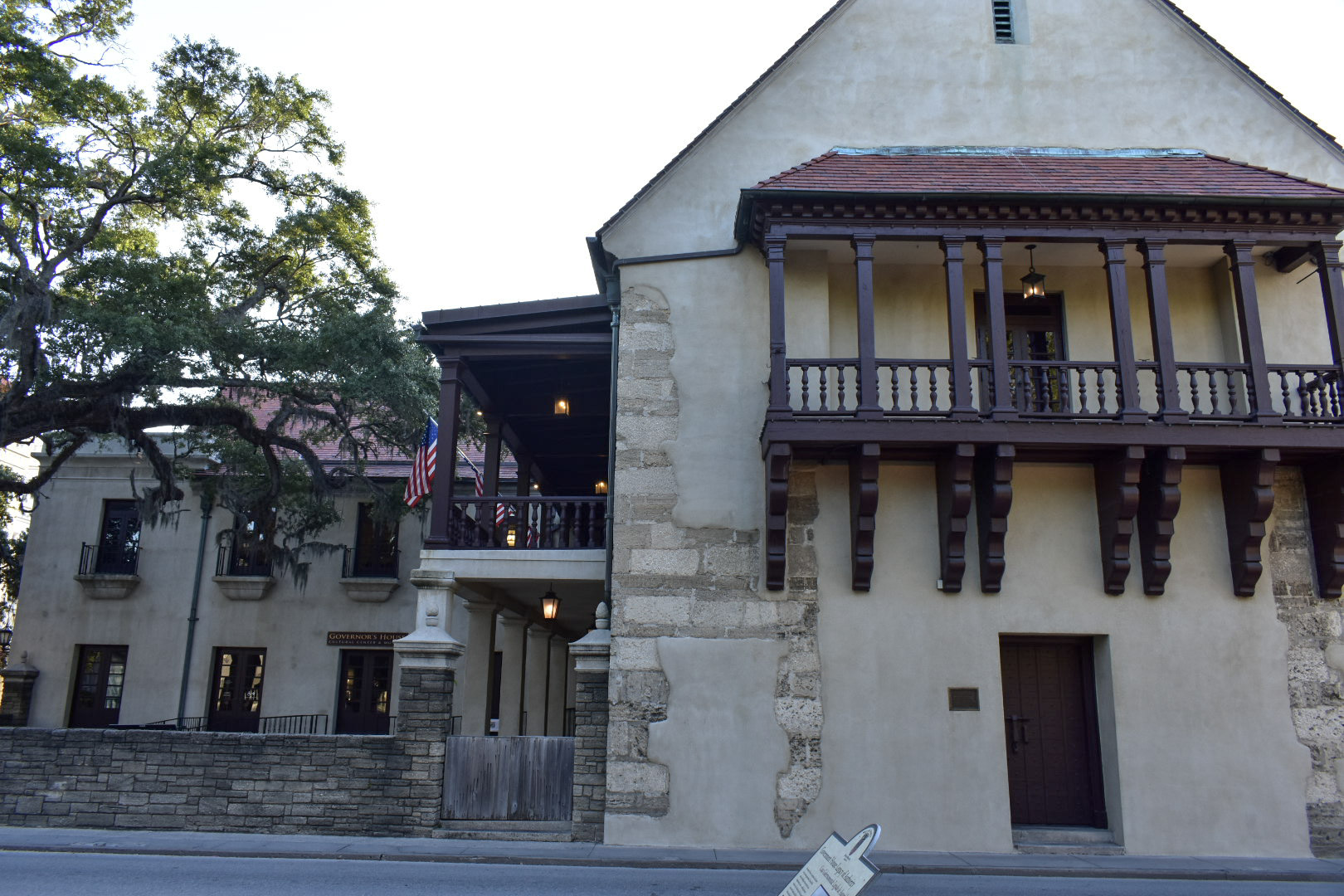 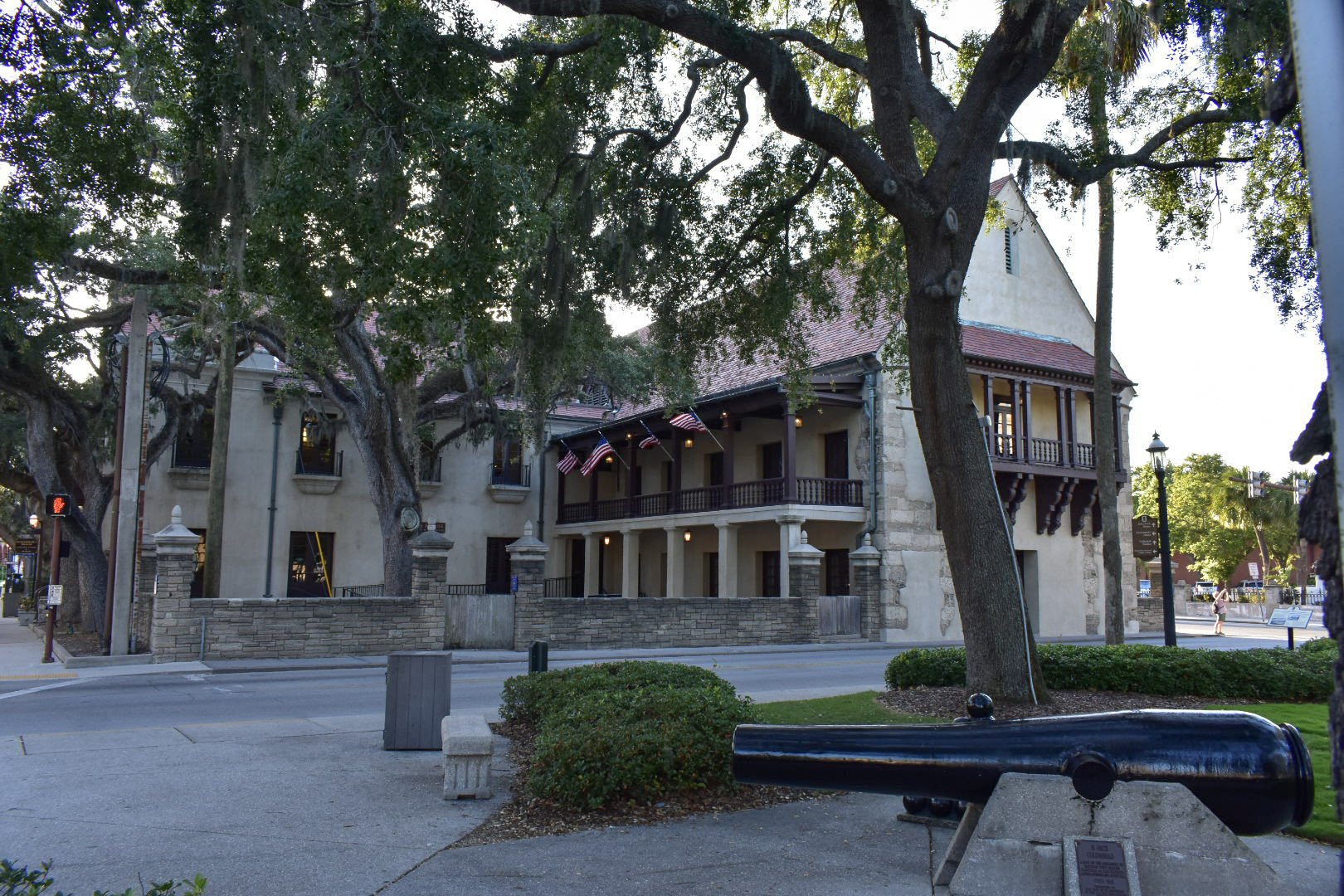 Currently the Ponce De Leon Hotel is known as Flagler College, and we thought it was the most beautiful building inside and out.

Ponce De Leon Hotel was built between 1885 and 1887 by Henry M. Flagler.  Henry M. Flagler contributed greatly to the development of Florida’s eastern coastal area as his hotels and railroads brought in much of the local business.  Designed by the New York architectural firm of Career and Hastings, the building reflects the Spanish Renaissance style throughout.

Ponce De Leon hotel became the first major edifice in the United States to be constructed of poured concrete made with local coquina shell from the beaches.  The interior is decorated with imported marble, carved oak, and murals painted by Tojetti and George W. Maynard.  Its stained glass windows were created by Louis Tiffany of New York.

Located in the “Winter Newport,” this resort hotel entertained celebrities from around the world, including several U.S. Presidents.  During WWII, the hotel served as a Coast Guard Training Center.  Ponce De Leon Hotel was the flagship of the Flagler hotel system which soon extended al along the east coast of Florida.

In 1968, this historic landmark was converted into Flagler College, an accredited liberal arts institution. 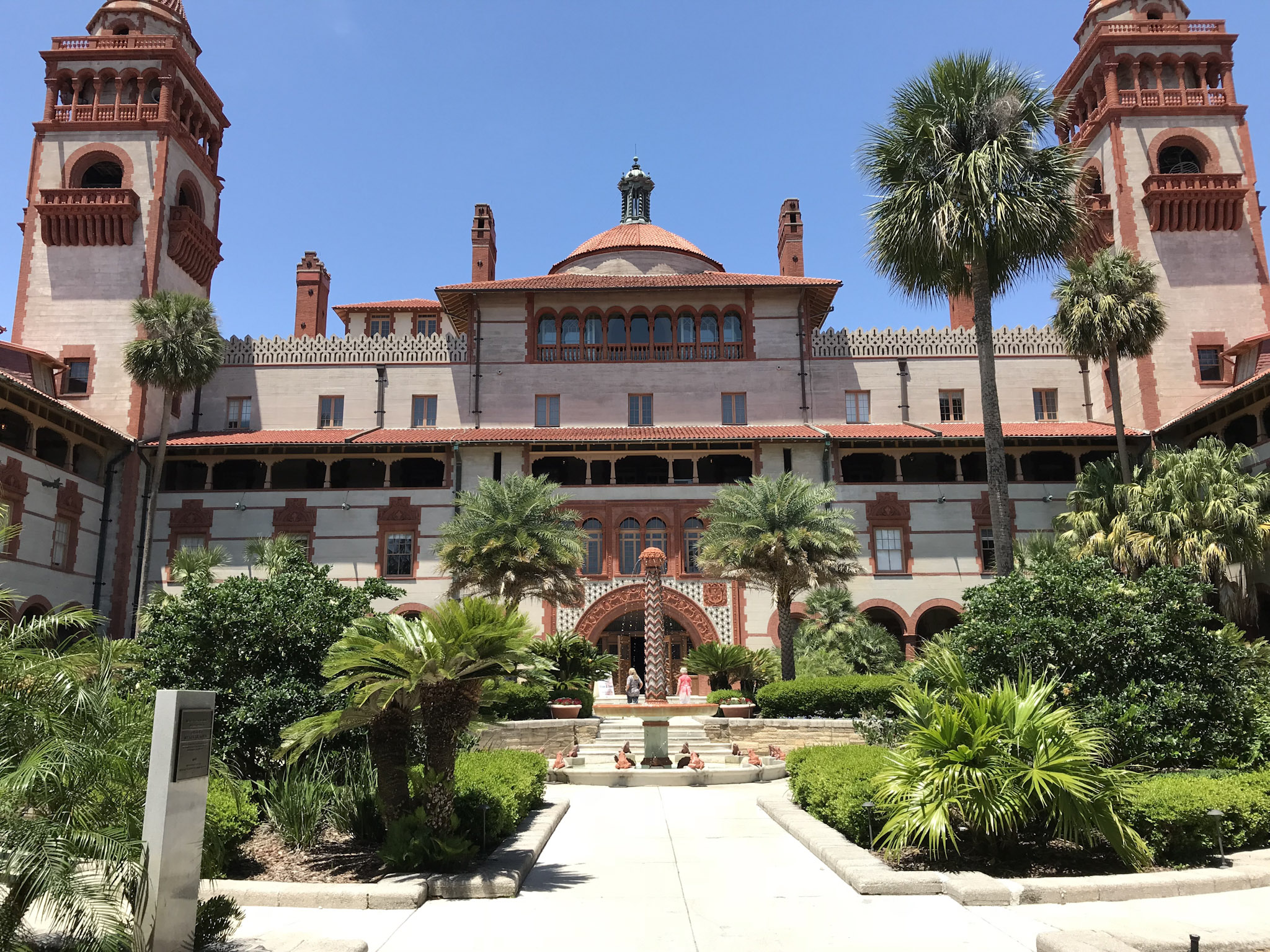 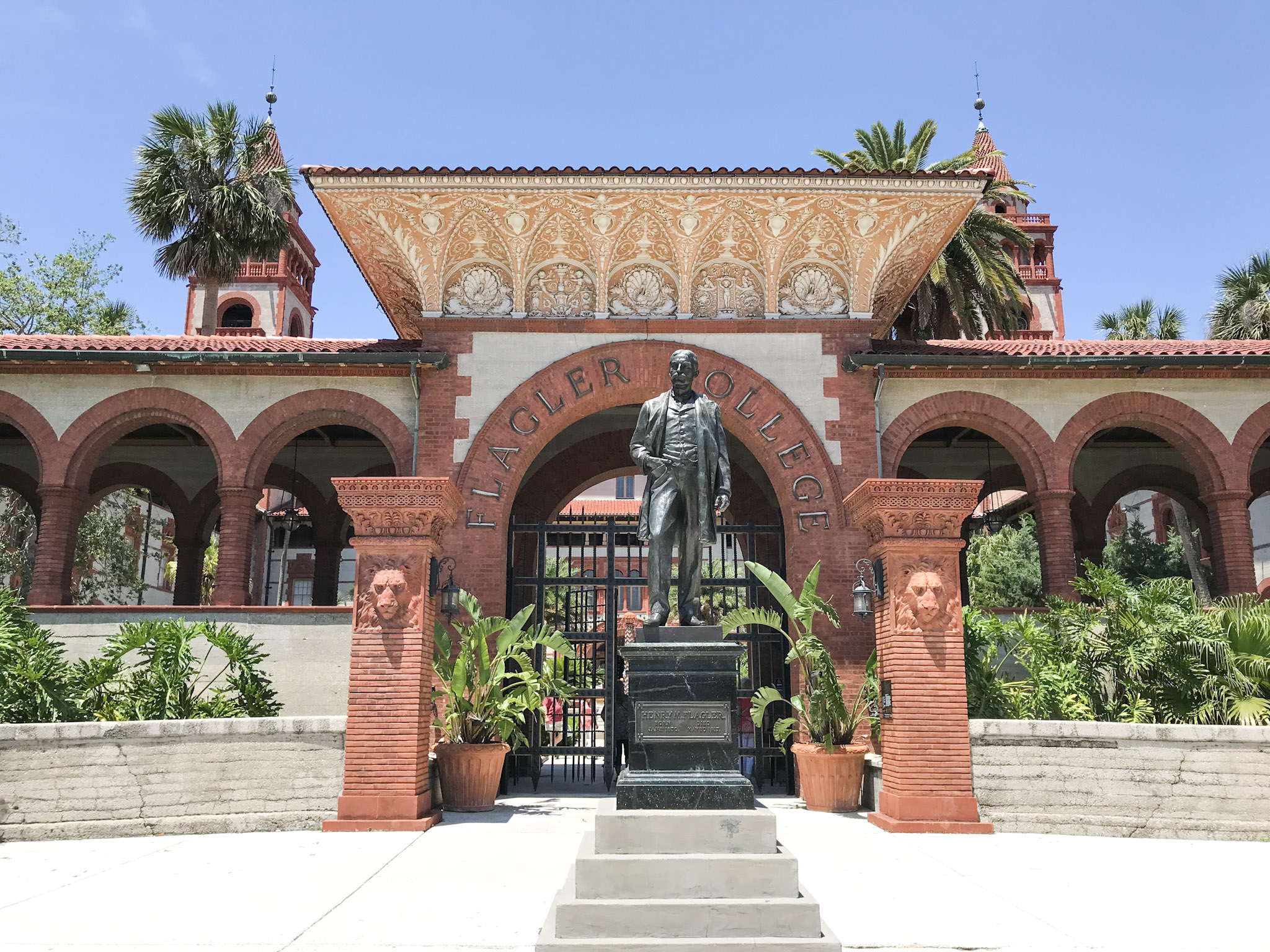 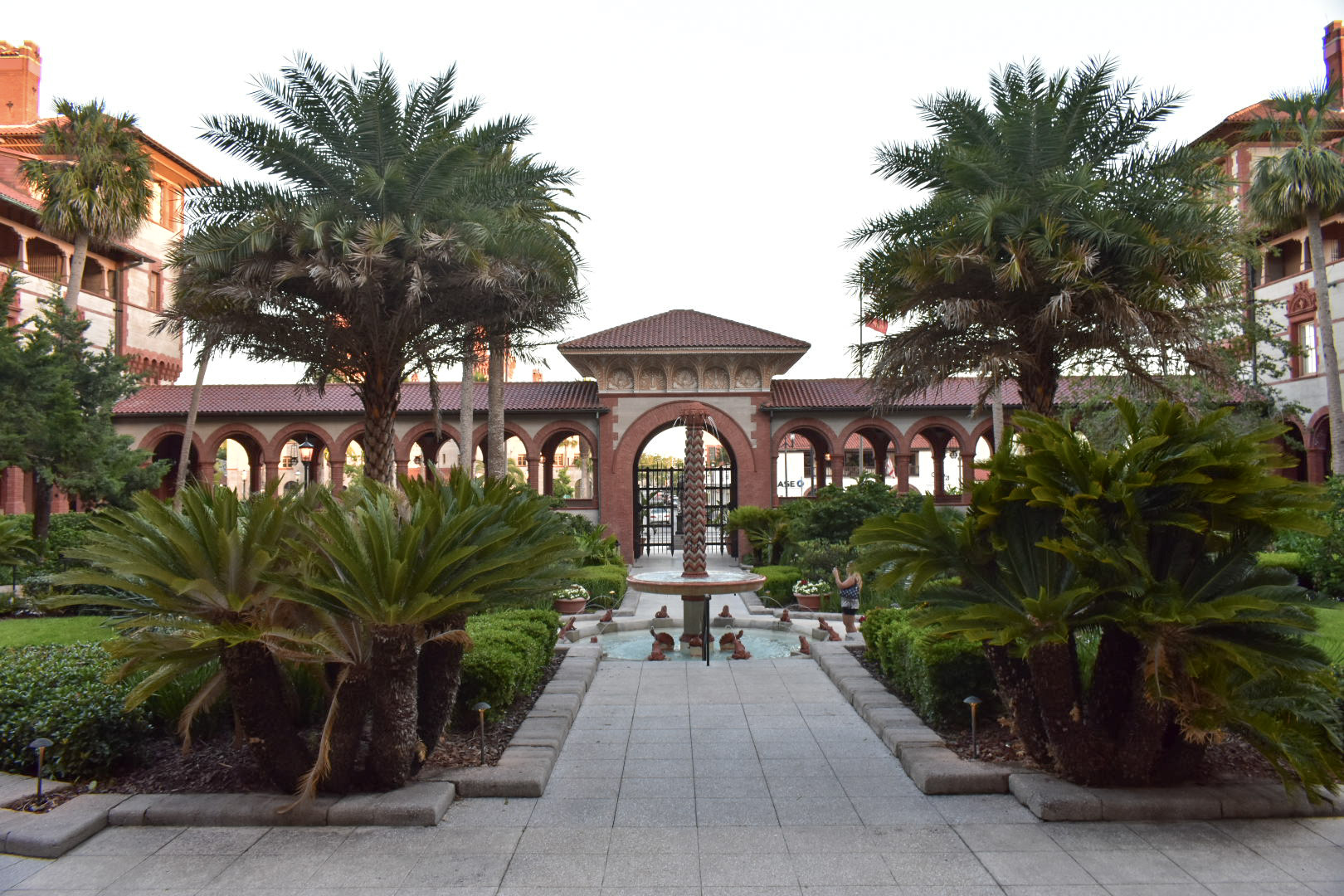 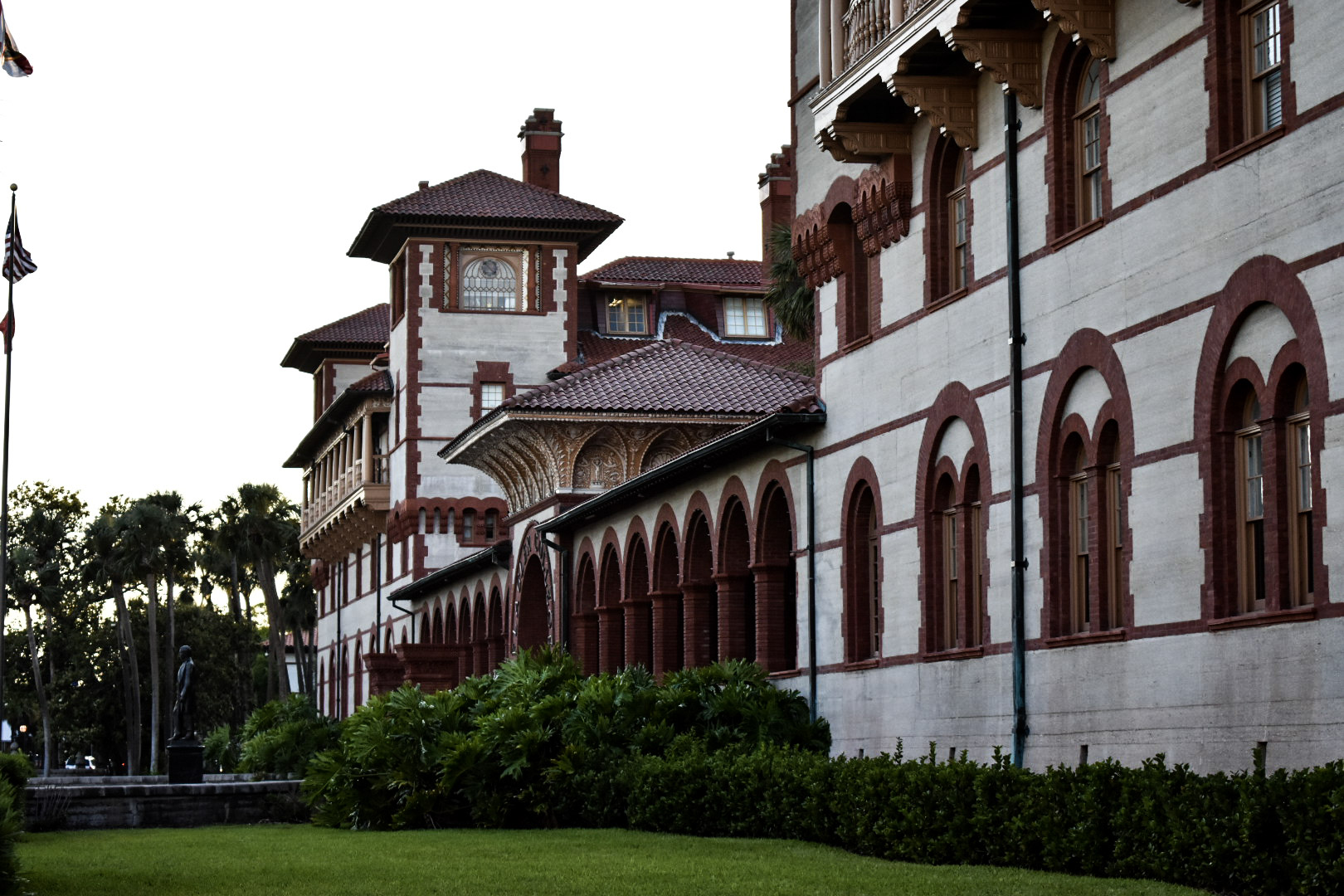 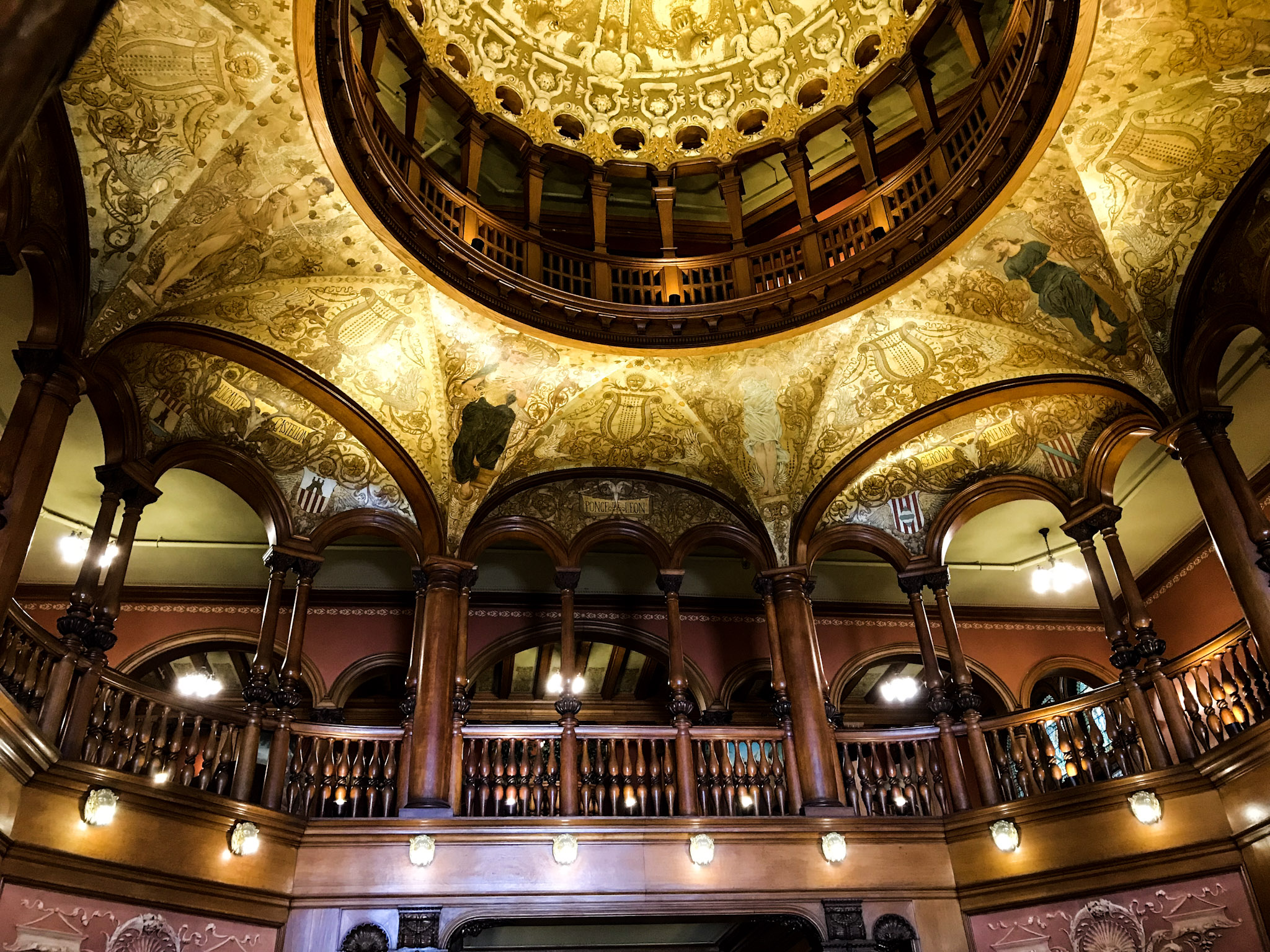 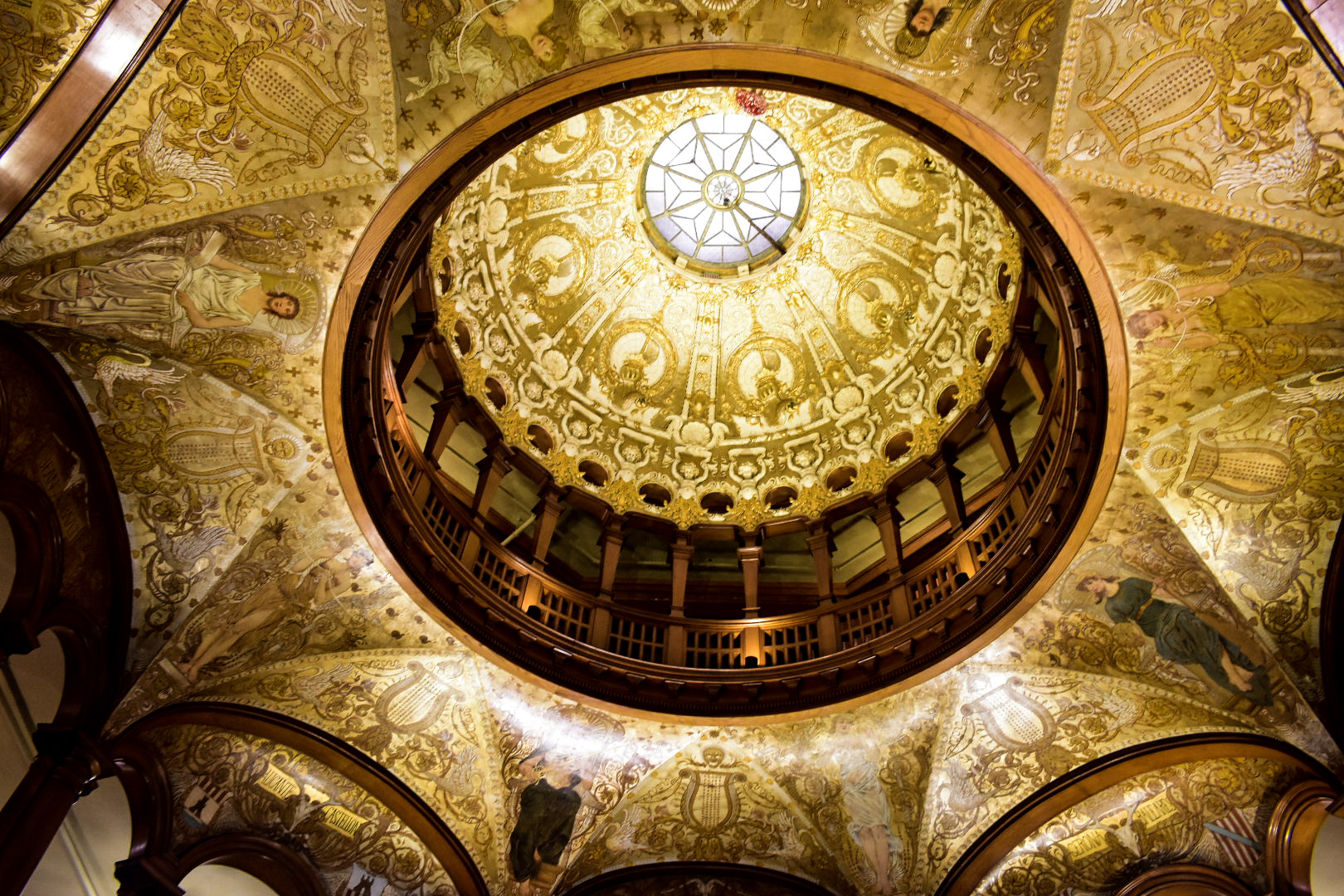 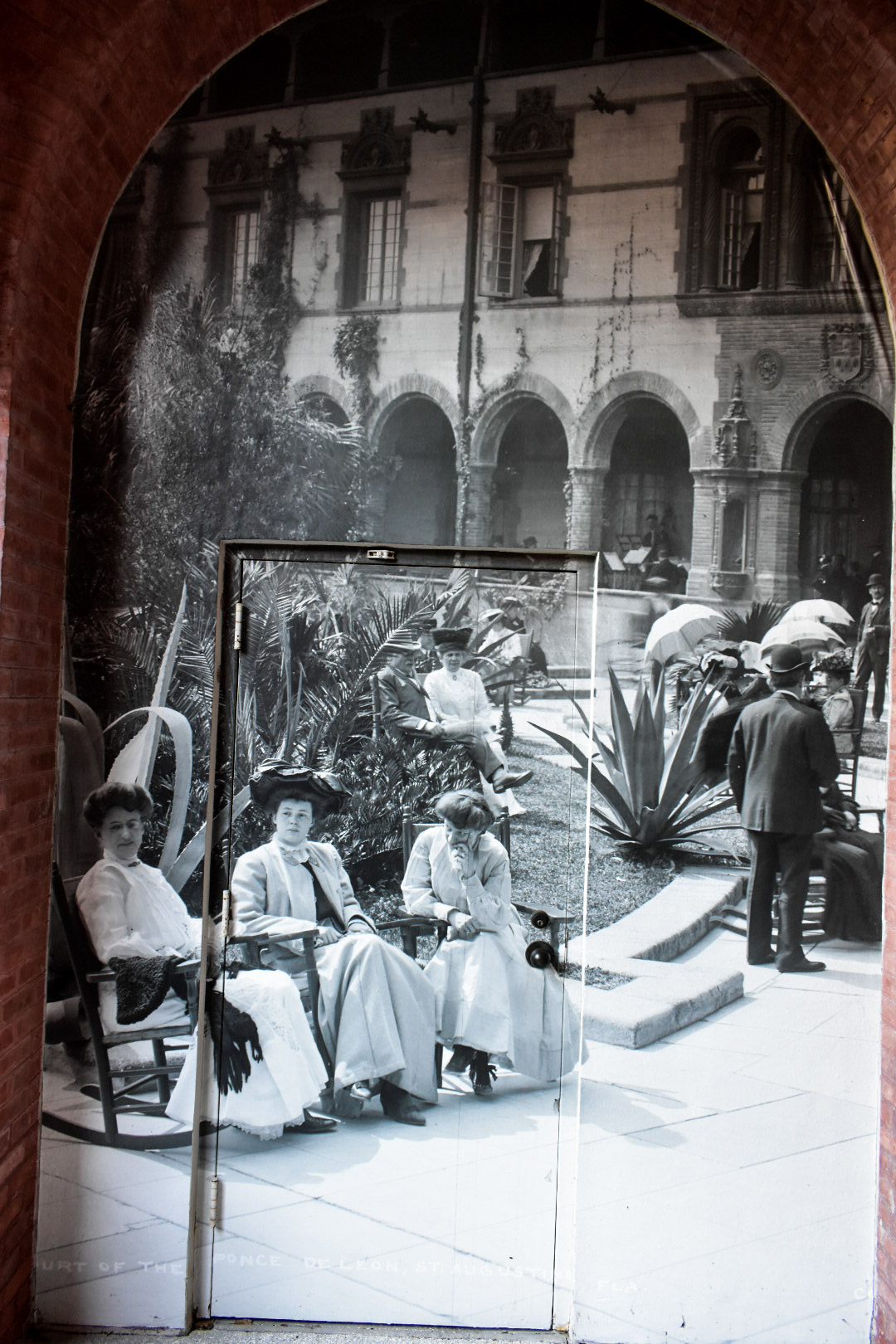 Built in 1888 the Lightner Museum was another of Henry Flagler’s hotels that was built across the street from the Ponce De Leon Hotel, or now known as Flagler college.  It’s purpose was nothing more than to attract winter vacationers to escape the northern cold.  Henry Flagler used his railroad as a means of travel.

Today it represents many different uses.  A museum of antique artifacts from the 1800-1900’s, as well as the home to some of St. Augustines government offices.

This is a special place for my wife and I as it was the place where we were married in 2009 (See, I told you I had personal history in this town)! 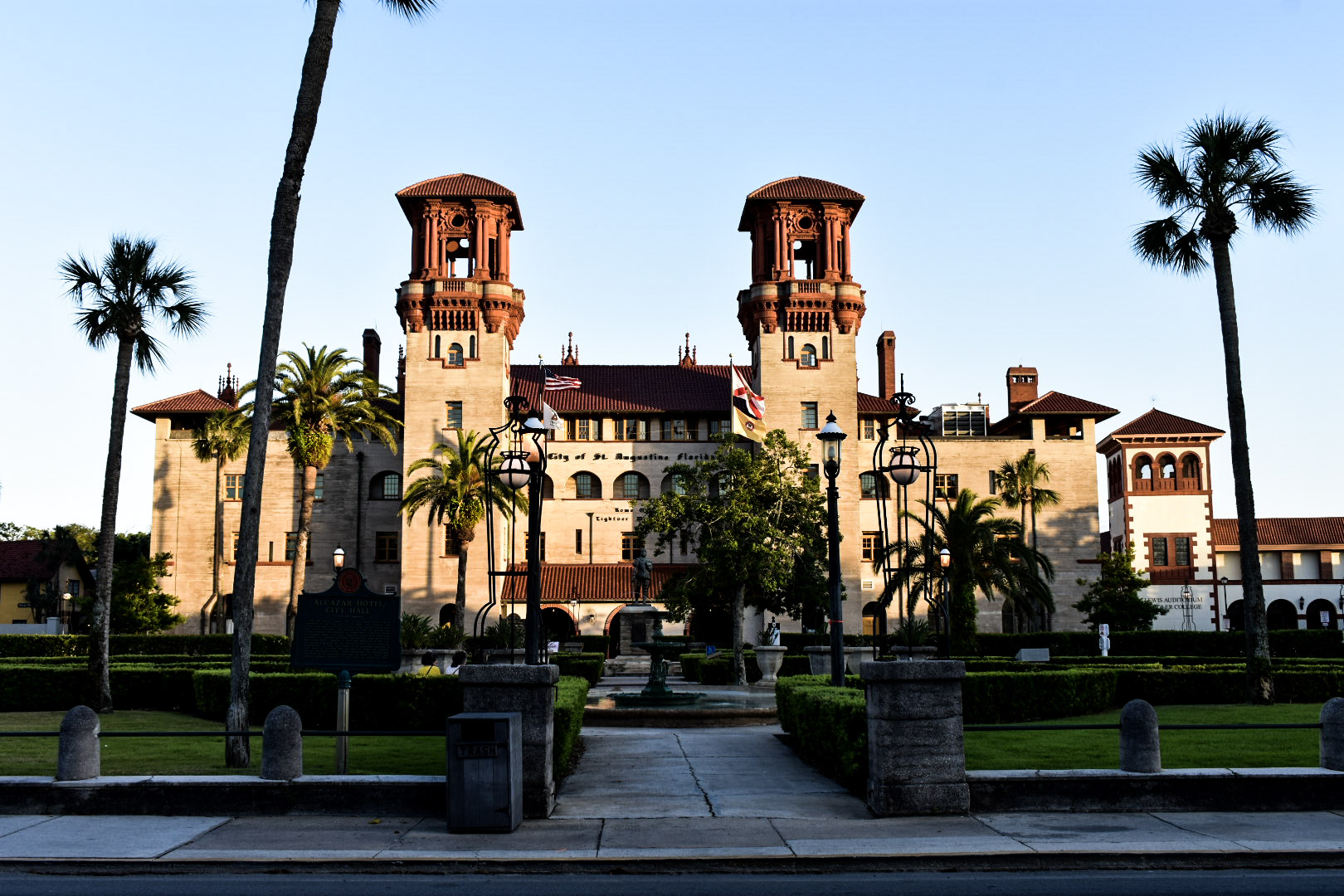 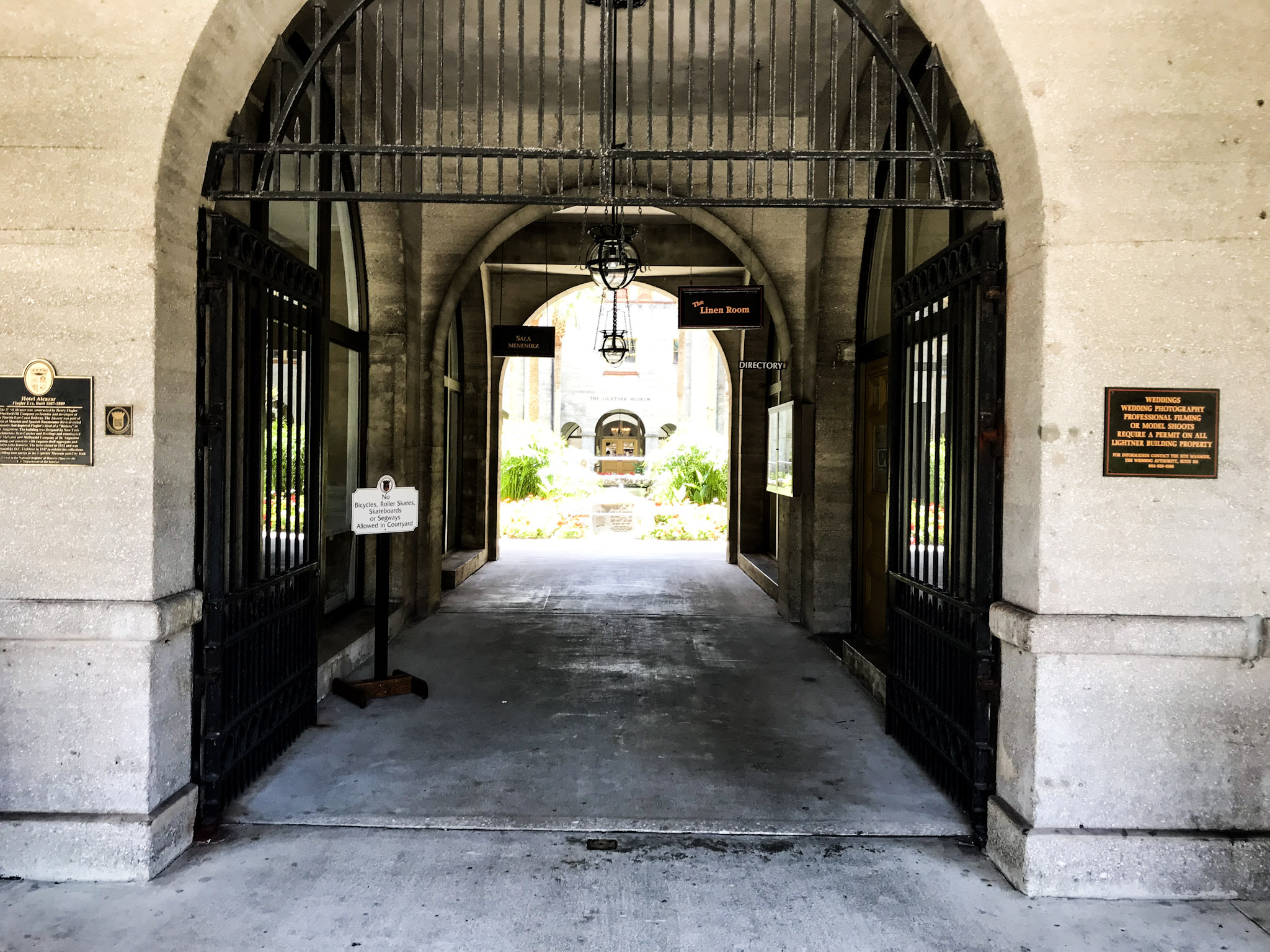 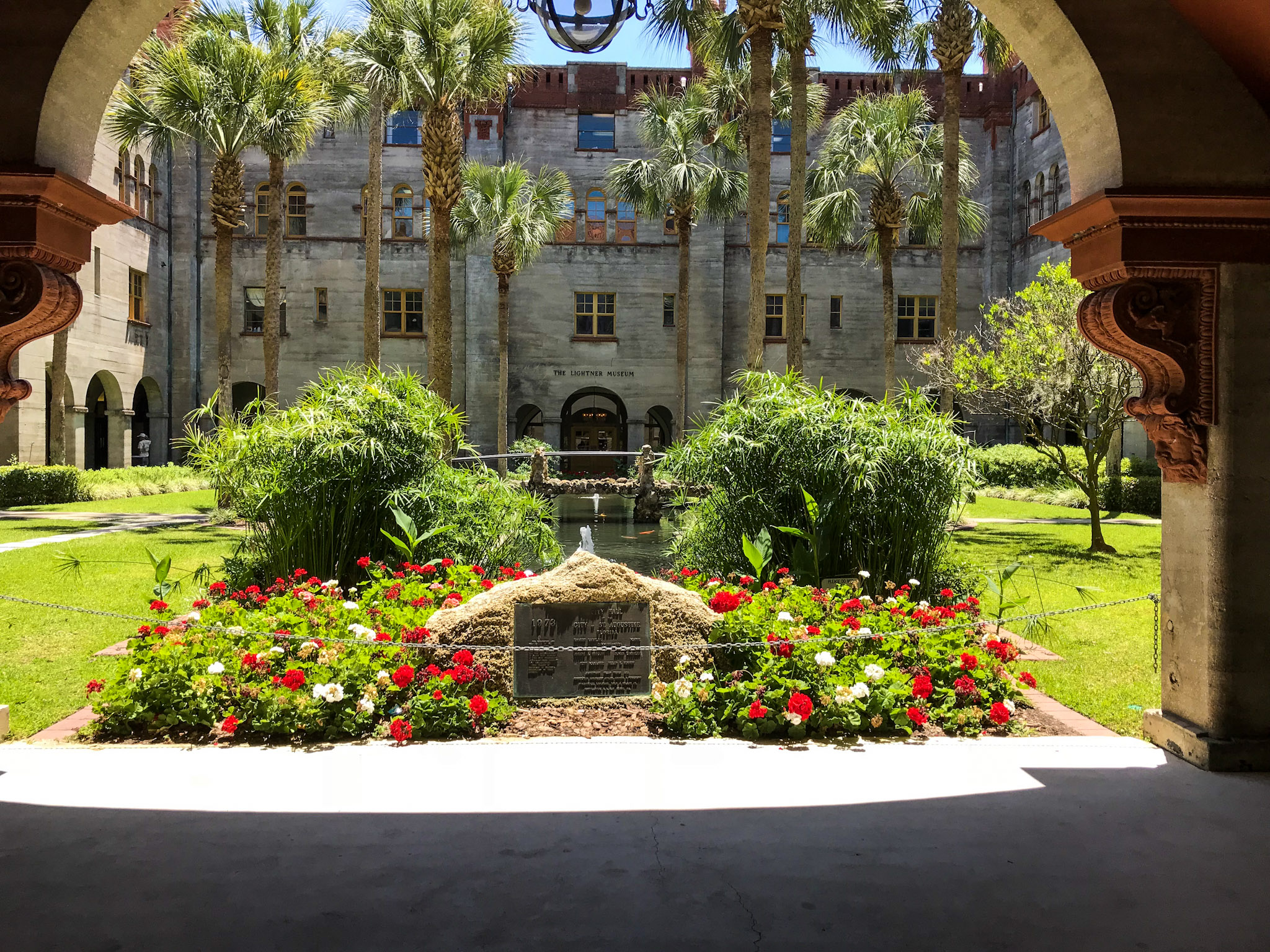 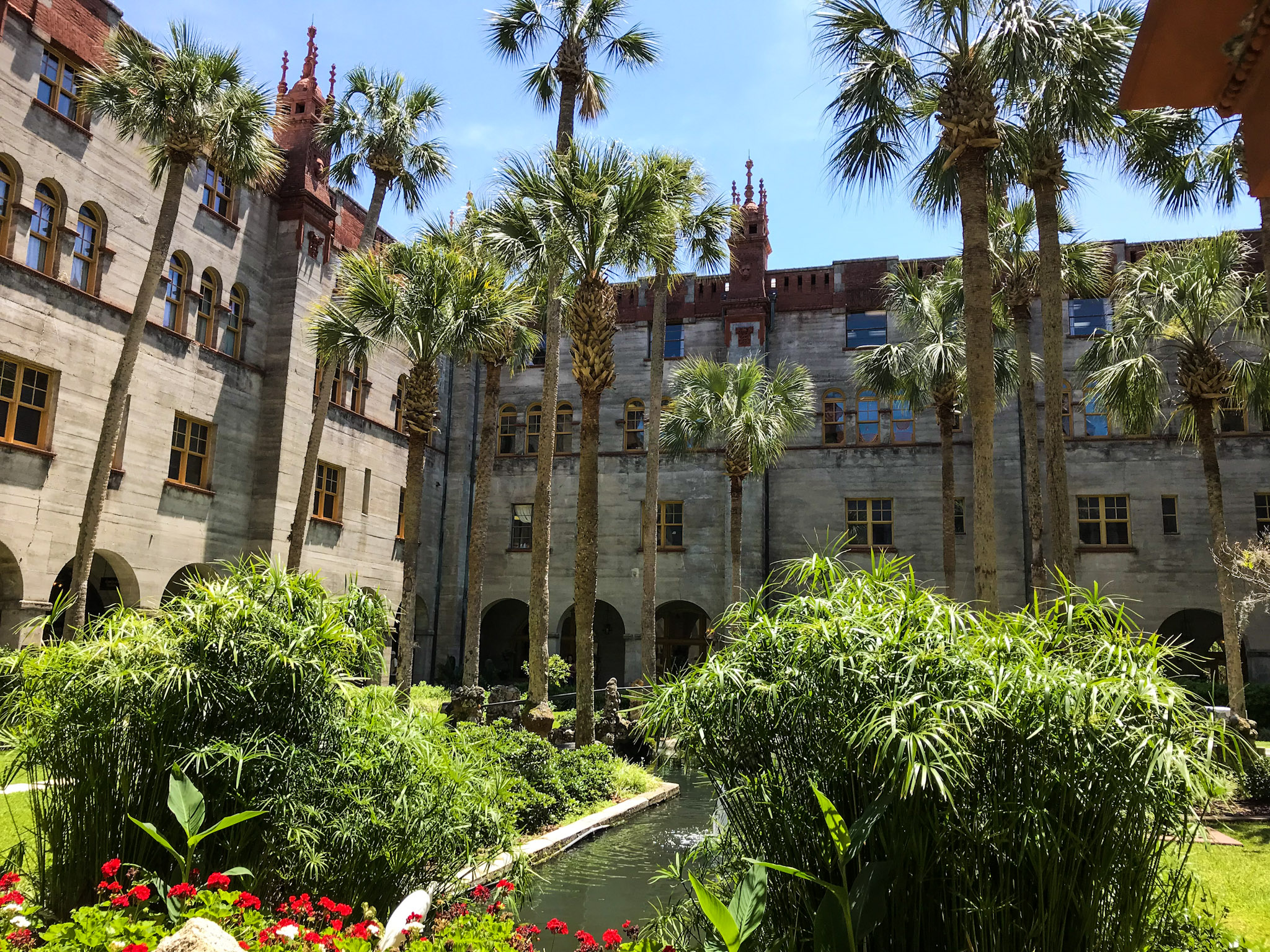 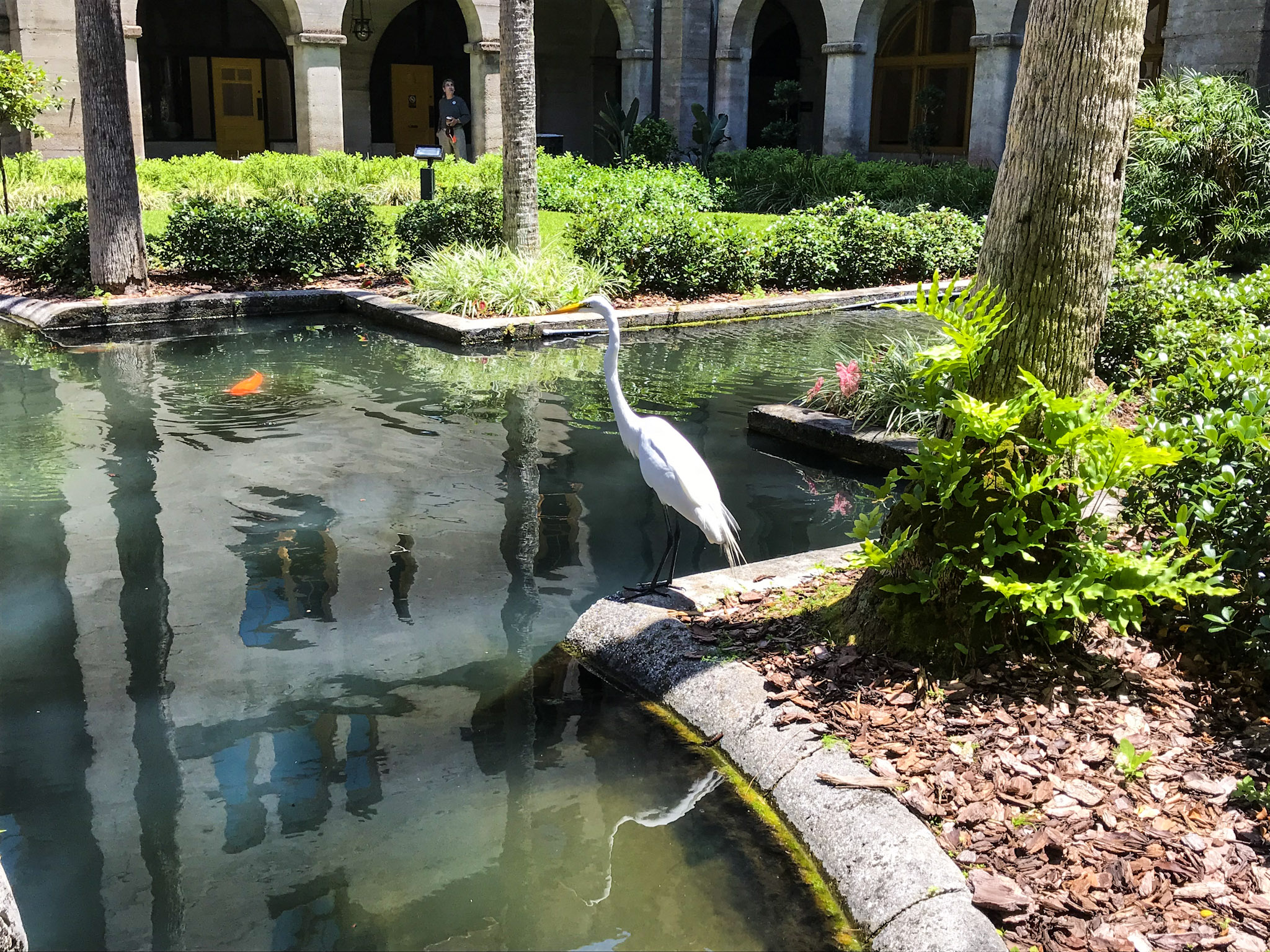 At the center of downtown St. Augustine is the main plaza that ties the city together.

Other historical attractions are the public well that was used from around 1825 until the early 1880’s.

Another famous attraction is the Constitution Monument of 1813.  On March 19, 1812 the Spanish Parliament in Cadiz wrote the first Spanish Constitution and issued a Royal Decree for all Spanish towns throughout the empire to build monuments and rename their main plazas La Plaza de la Constitucion in commemoration of the new constitutional government in Spain.

This particular monument in St. Augustine, the capital of the Spanish colony of Florida, was constructed in 1813 in celebration the newly formed government in Spain.  Soon after in 1814, news arrived from Havana that the constitutional government in Spain had been overthrown and returned to the Monarchy.

A second Royal decree was issued to destroy all the constitution monuments throughout the Spanish empire worldwide.  St. Augustine’s officials resisted the order and refused to tear down what they had sacrificed much to build.  It is believed that the Constitution Monument in St. Augustine is the only surviving, unaltered monument in the world from this campaign. 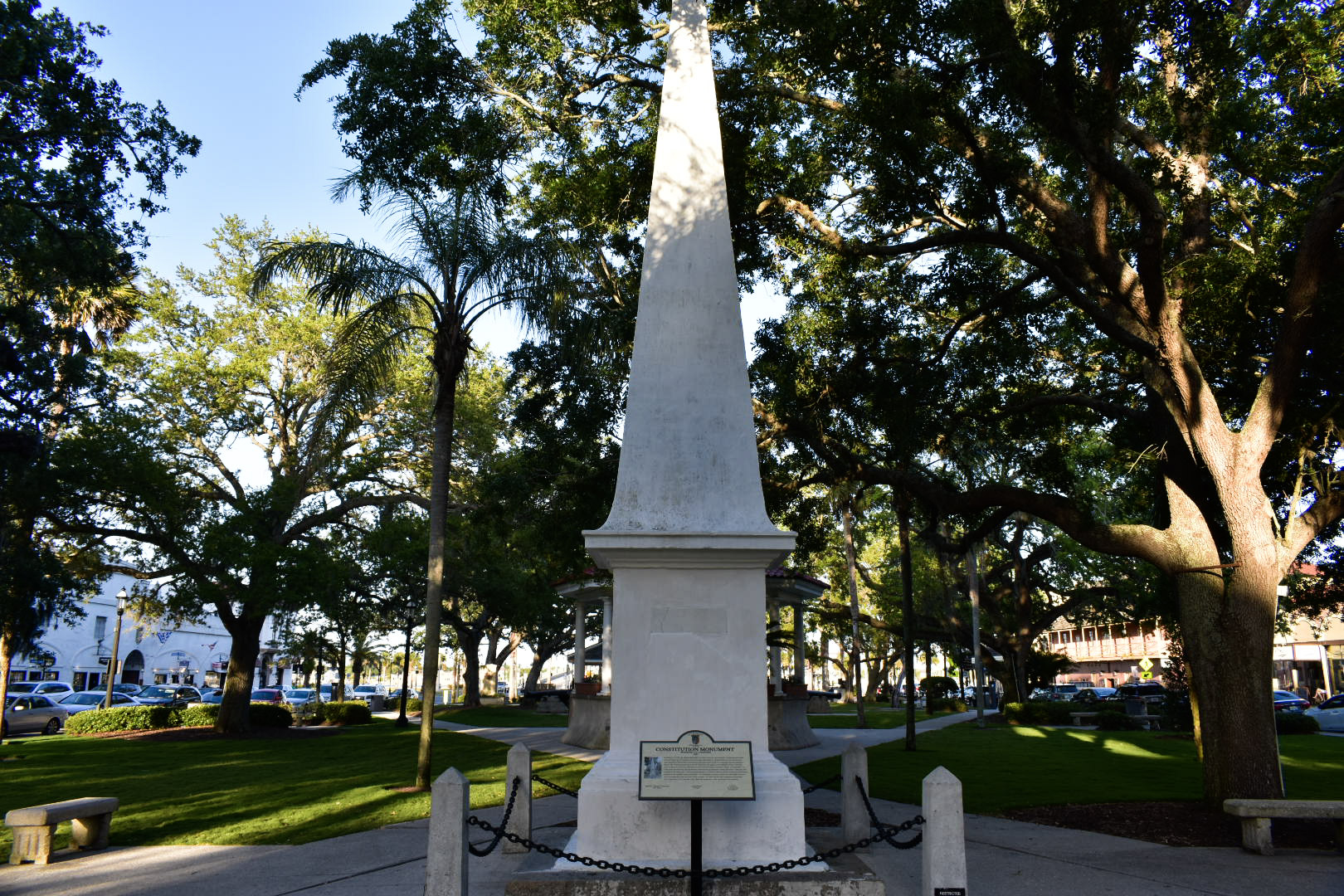 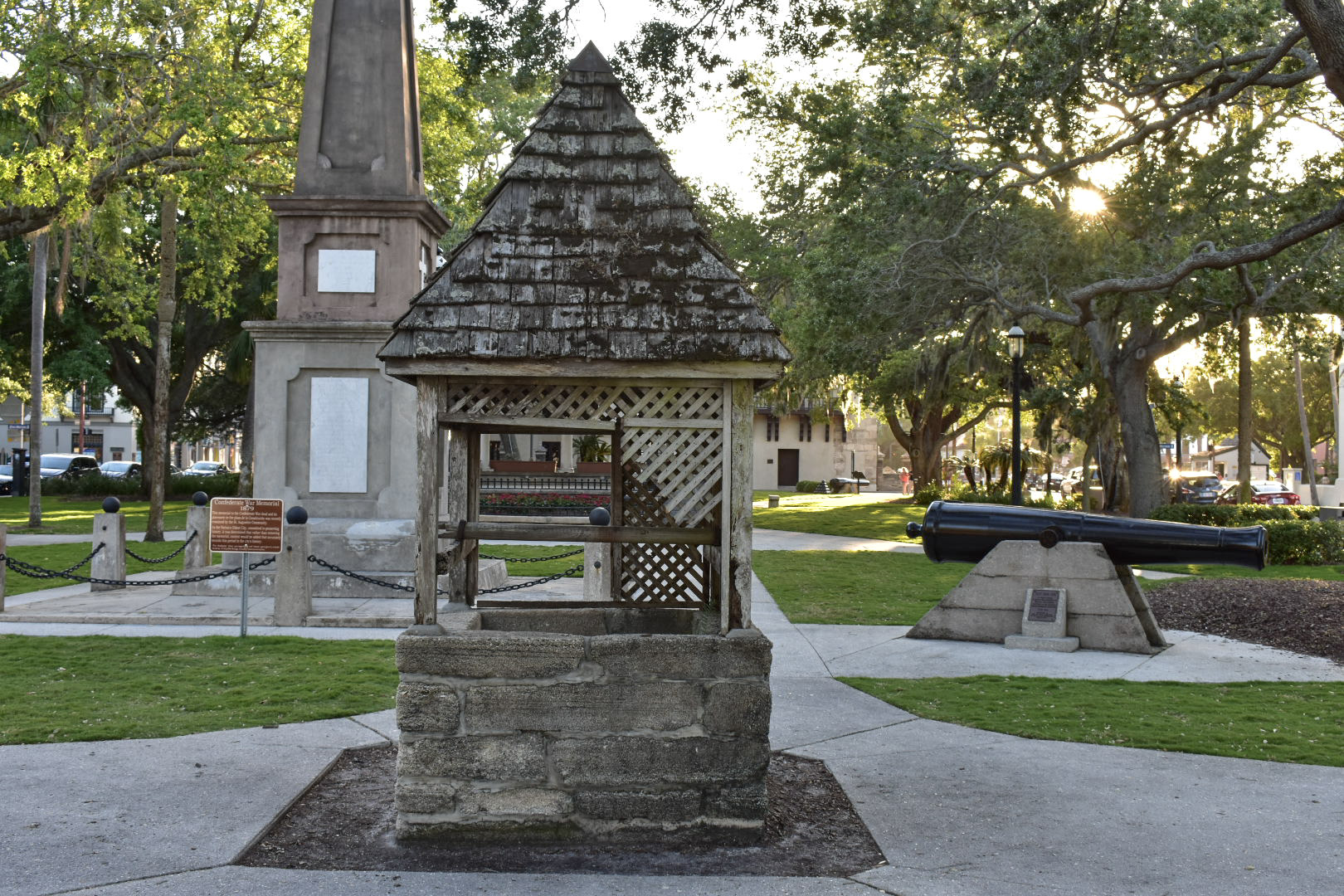 There is not a better city to visit and learn so much history of how our nation first came to pass.  From the Spanish rule, to the birth of what is not the United States of America!  Naturally time changes all things, from old to new, small to big.  What we enjoyed about St. Augustine is that even throughout time there is a part of the city that has remained true to itself!  That is not an easy task in this day and age of change and social issues all around.  St. Augustine stands a testament to an ever changing world, allowing us all to take a small glimpse into the past.

Do you love history, enjoy romance by the ocean, experience a unique setting that few cities offer?  Visit St. Augustine and you will never forget her!

Music from our trip 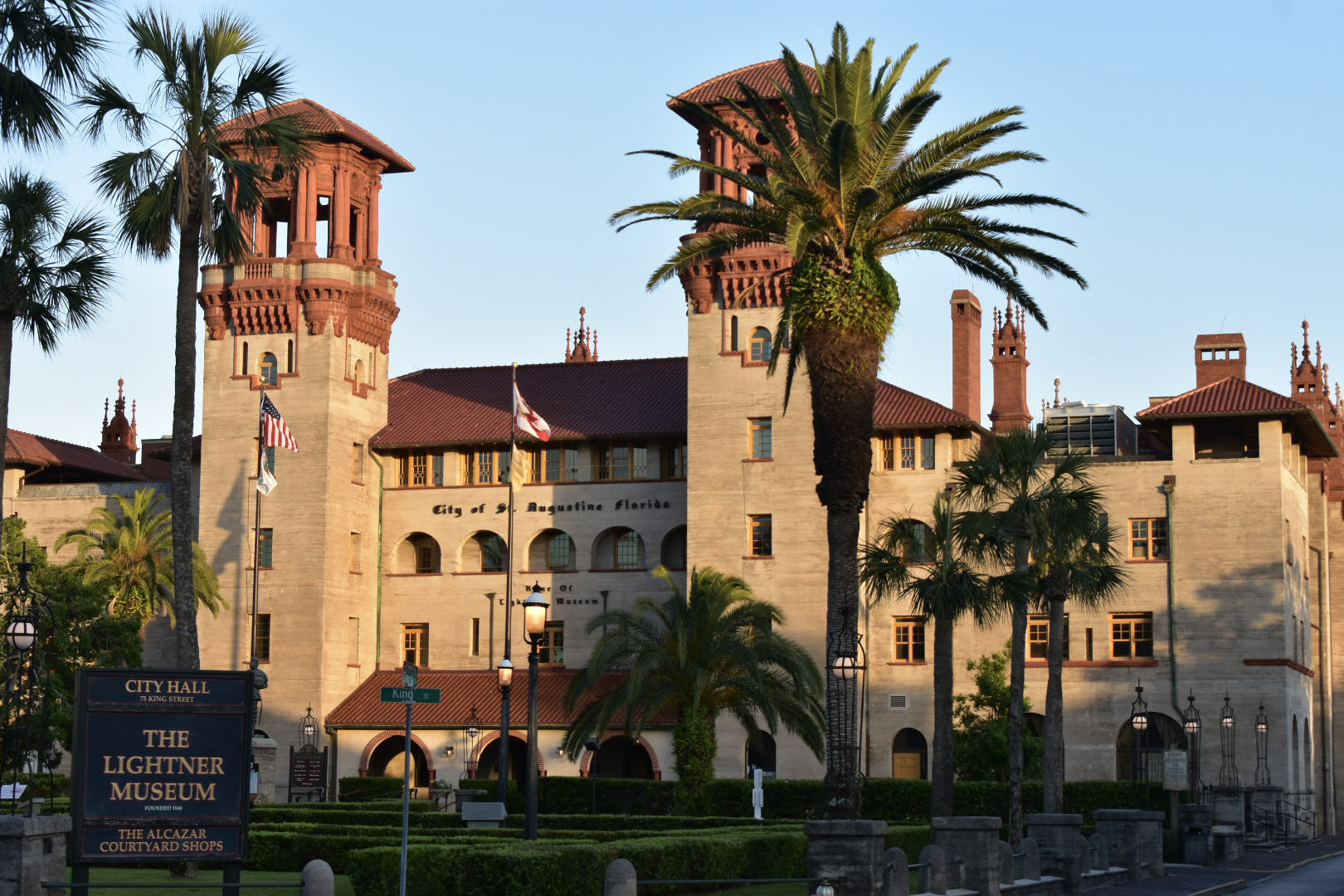 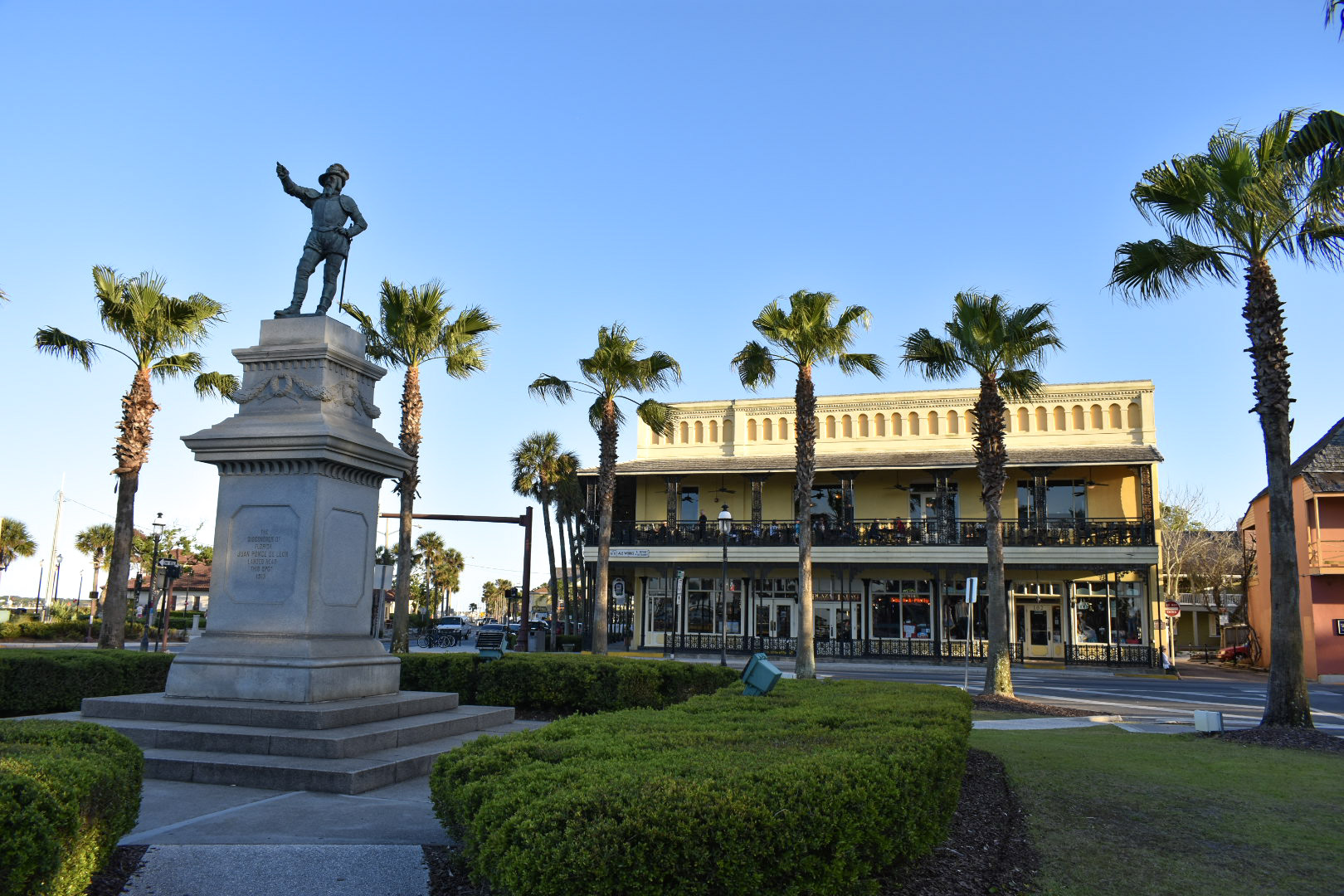 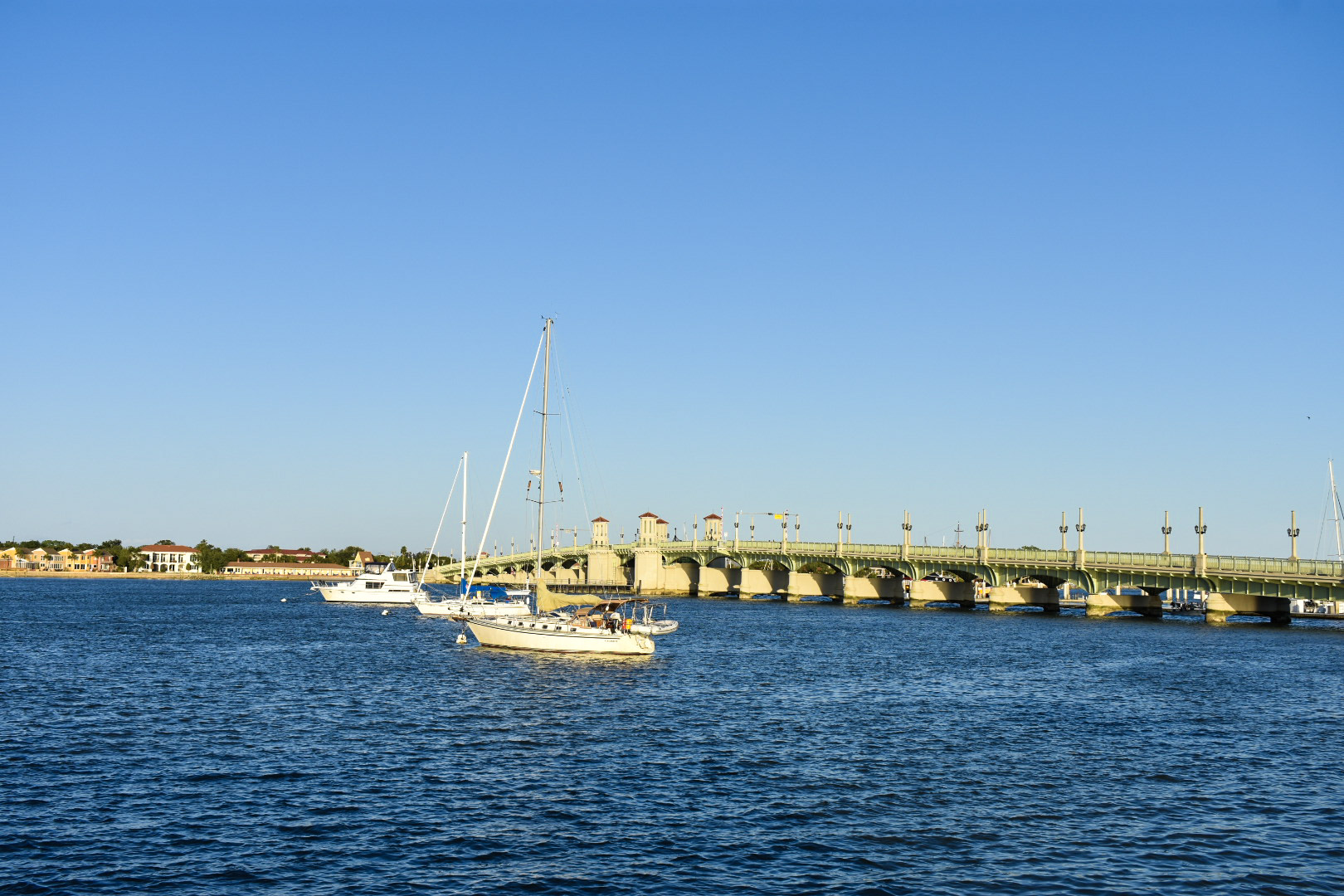 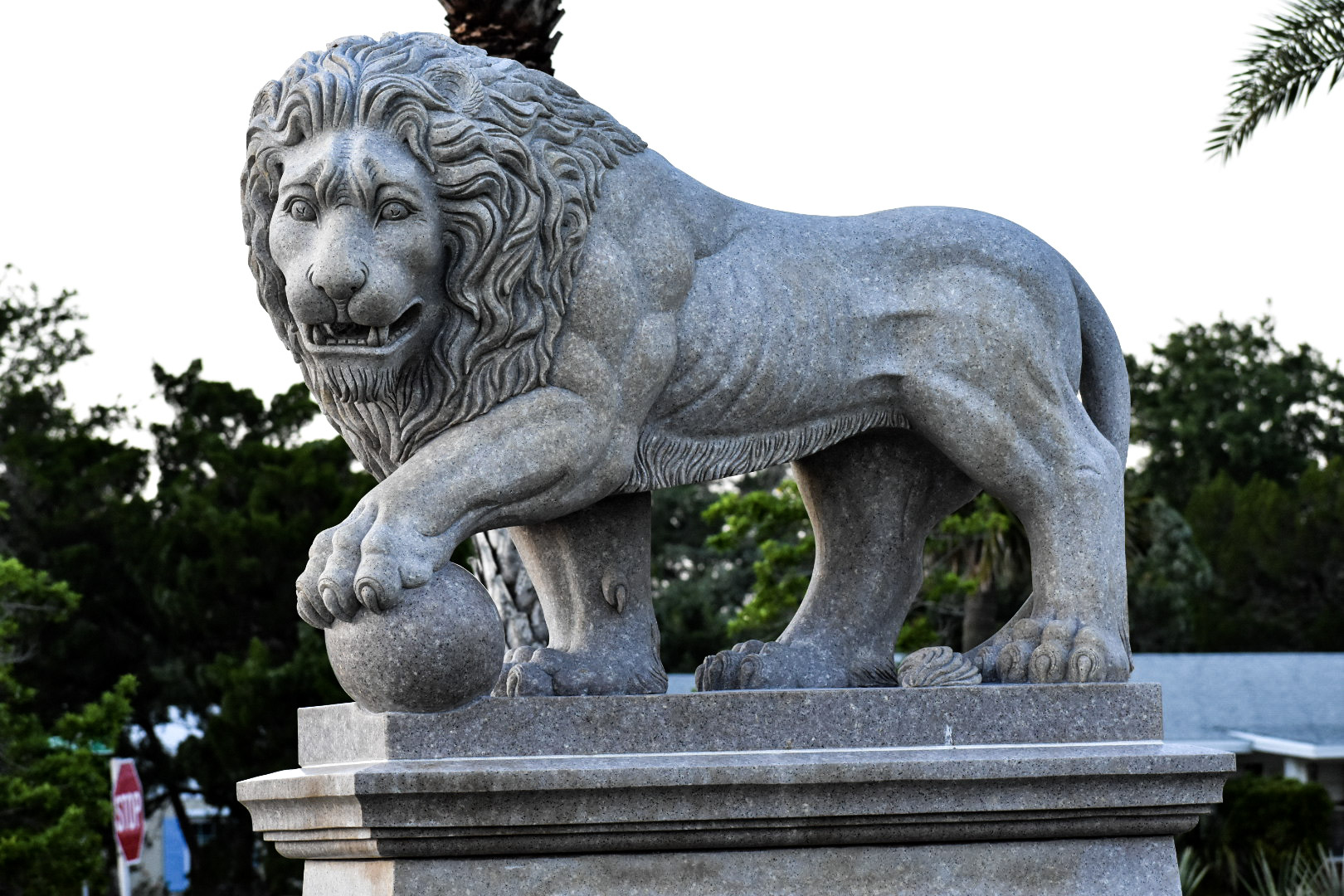 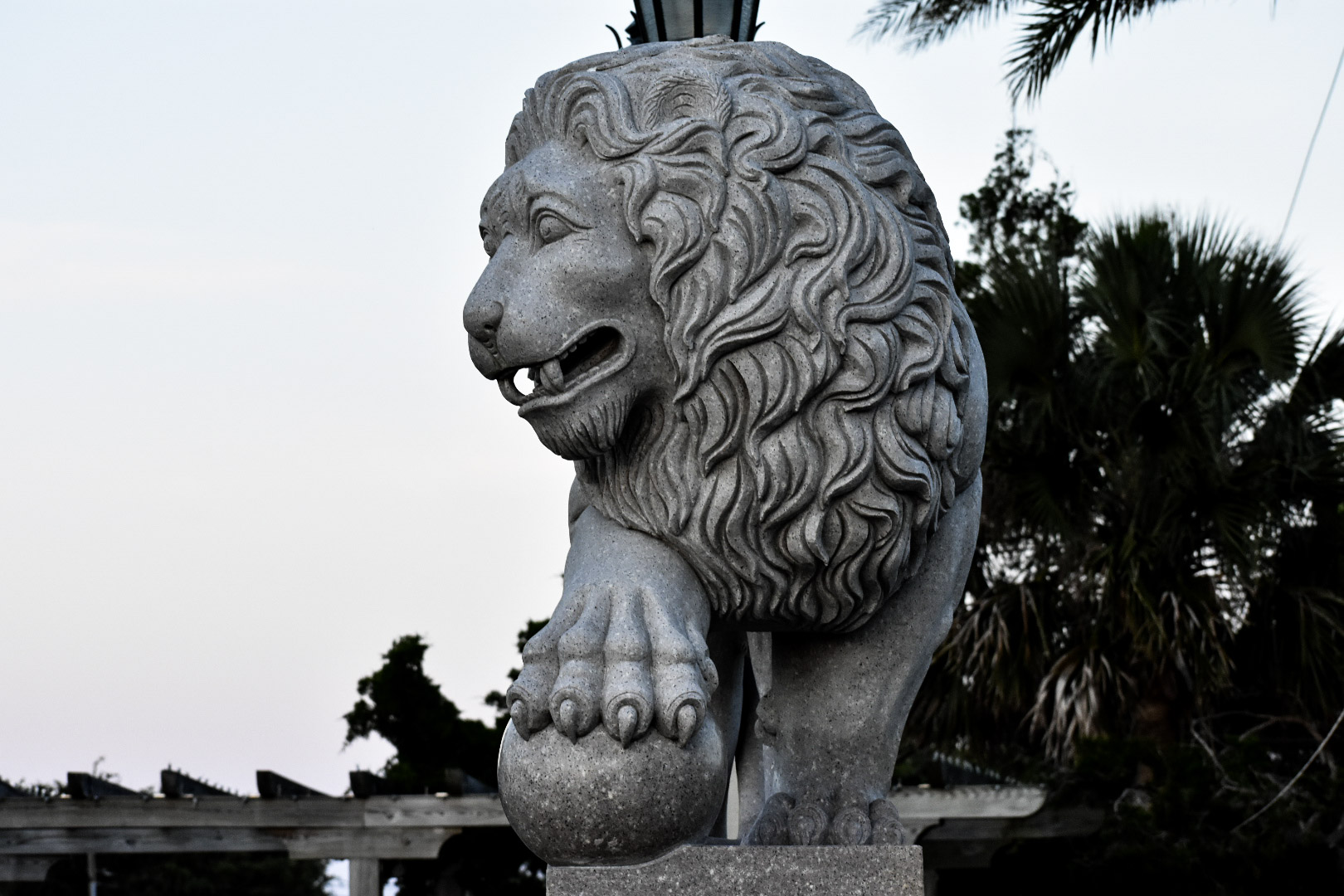 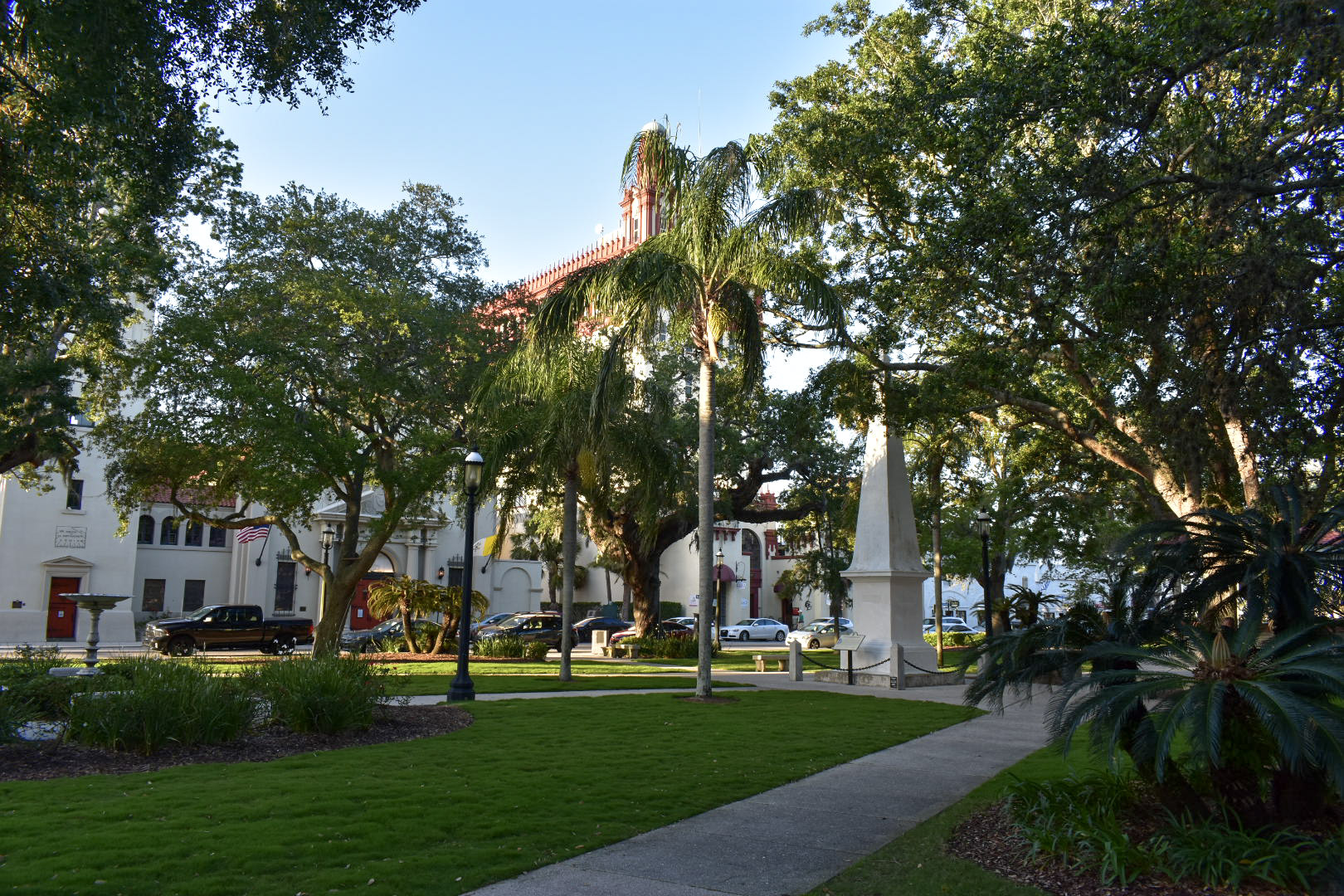 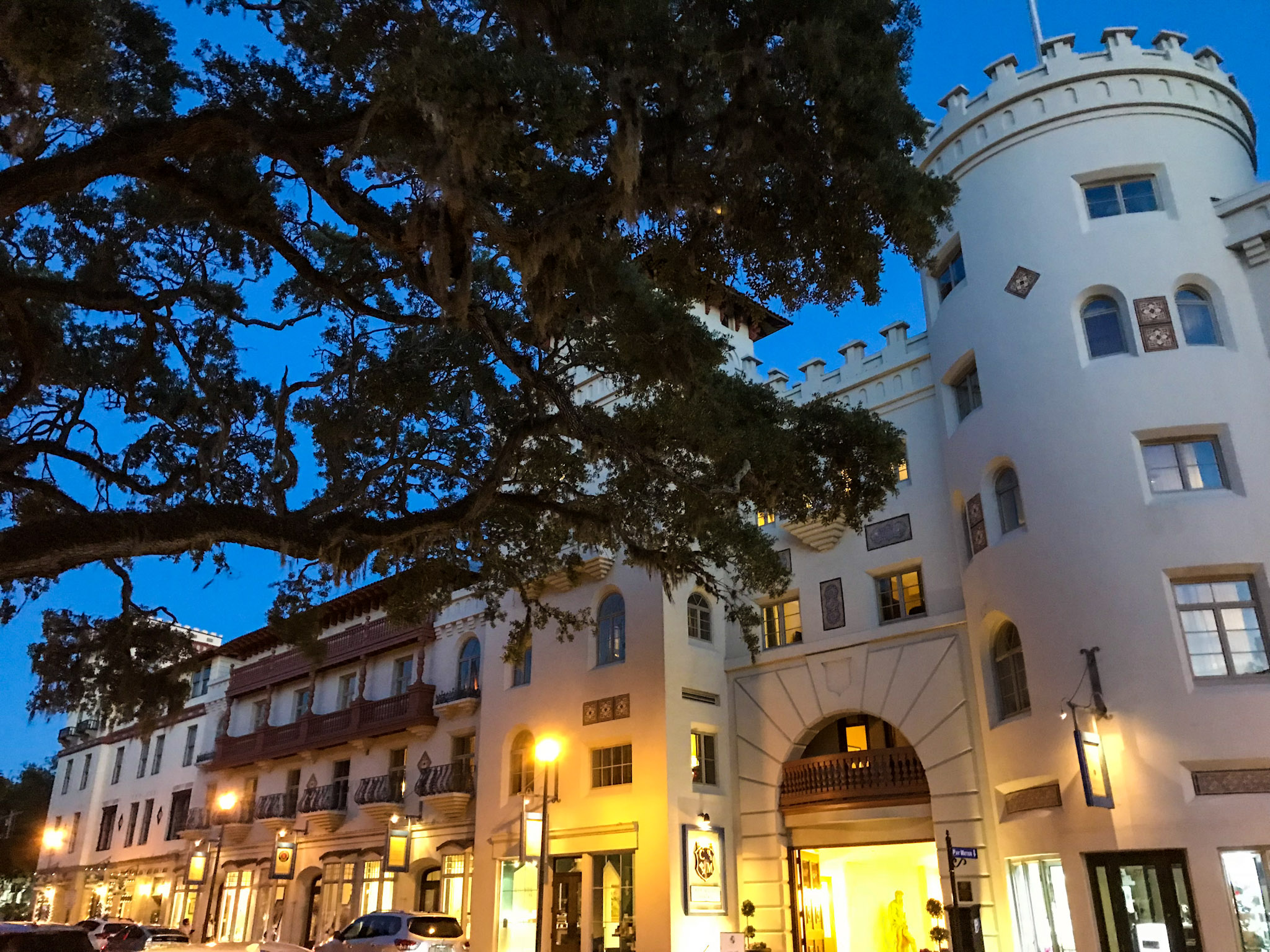 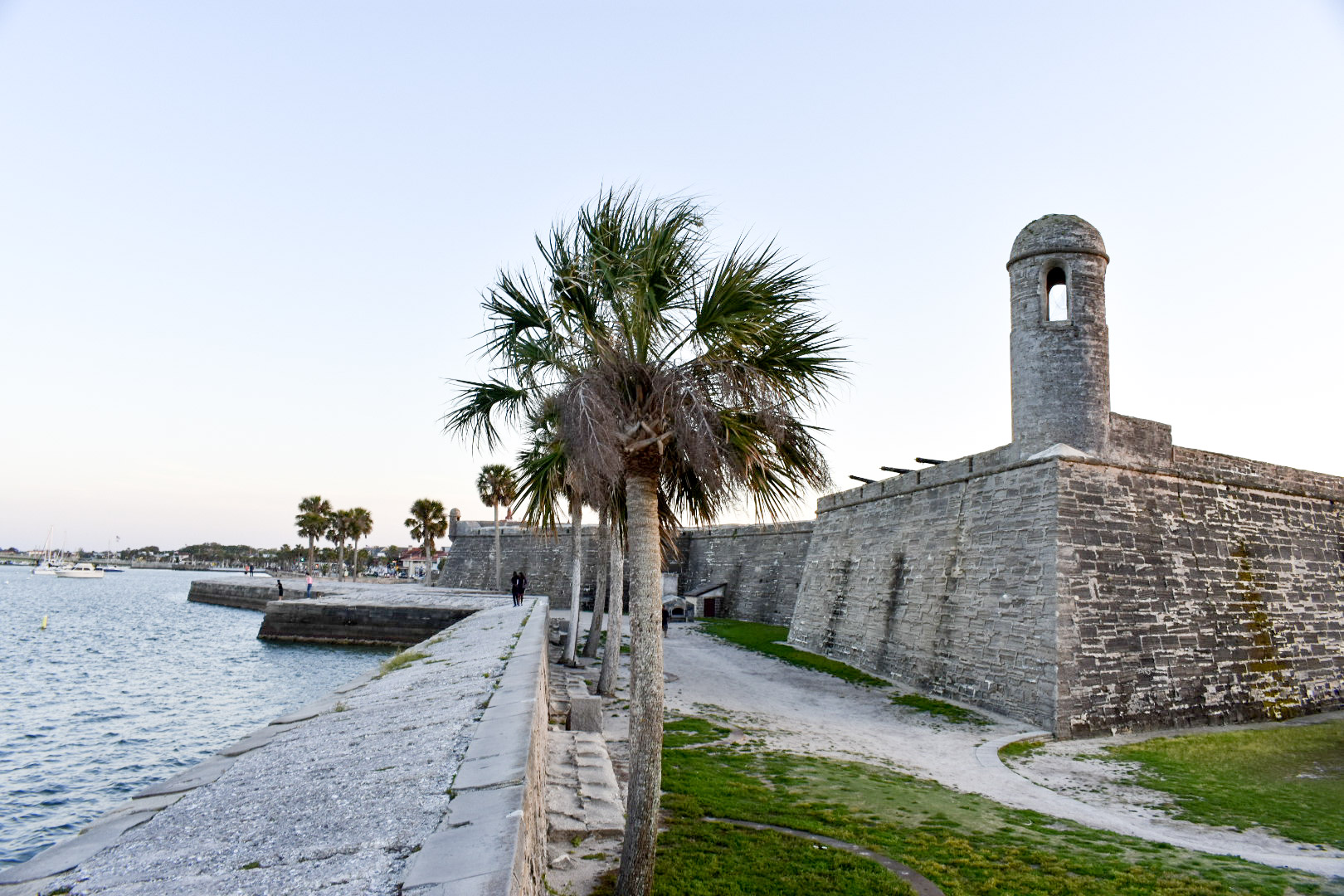 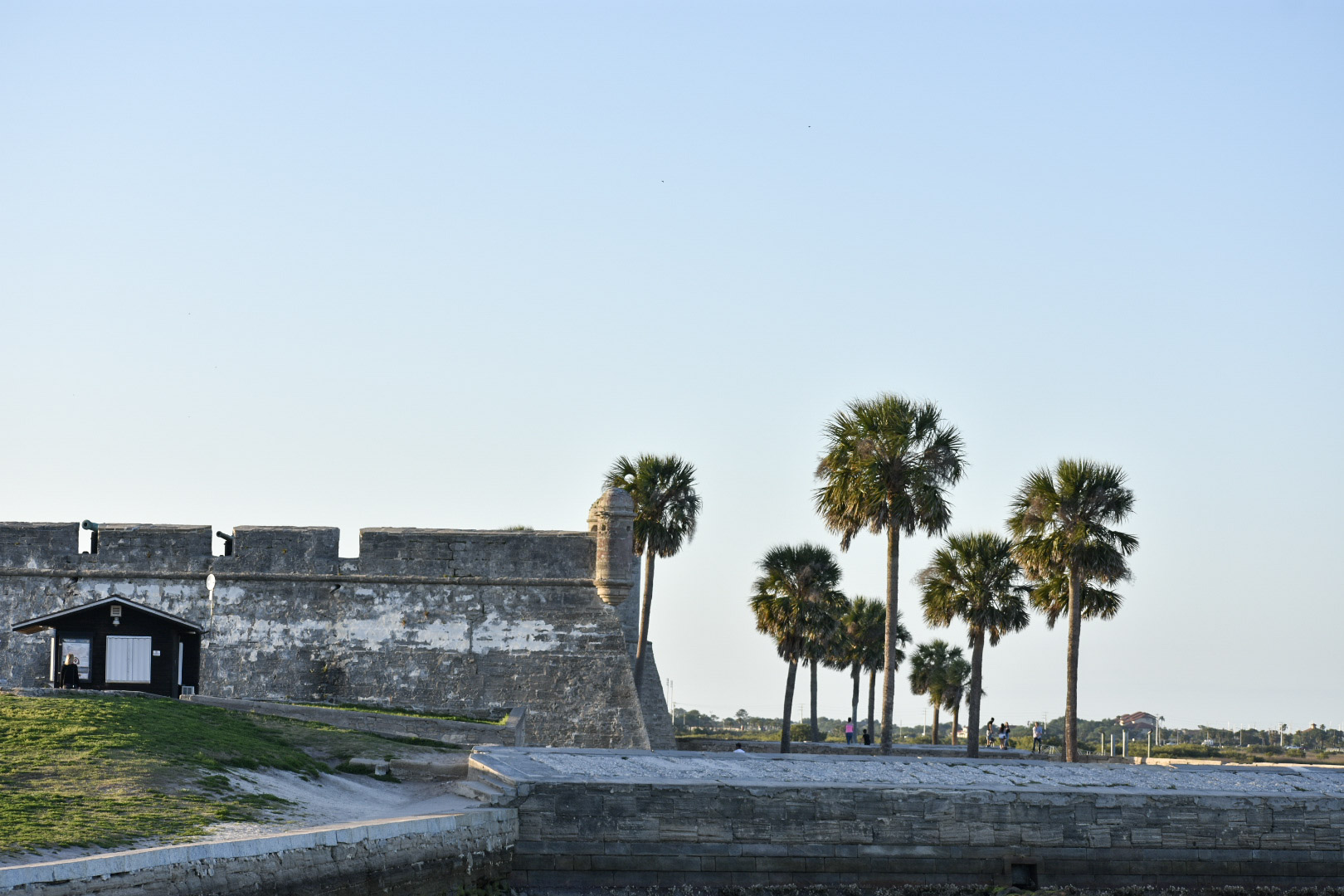 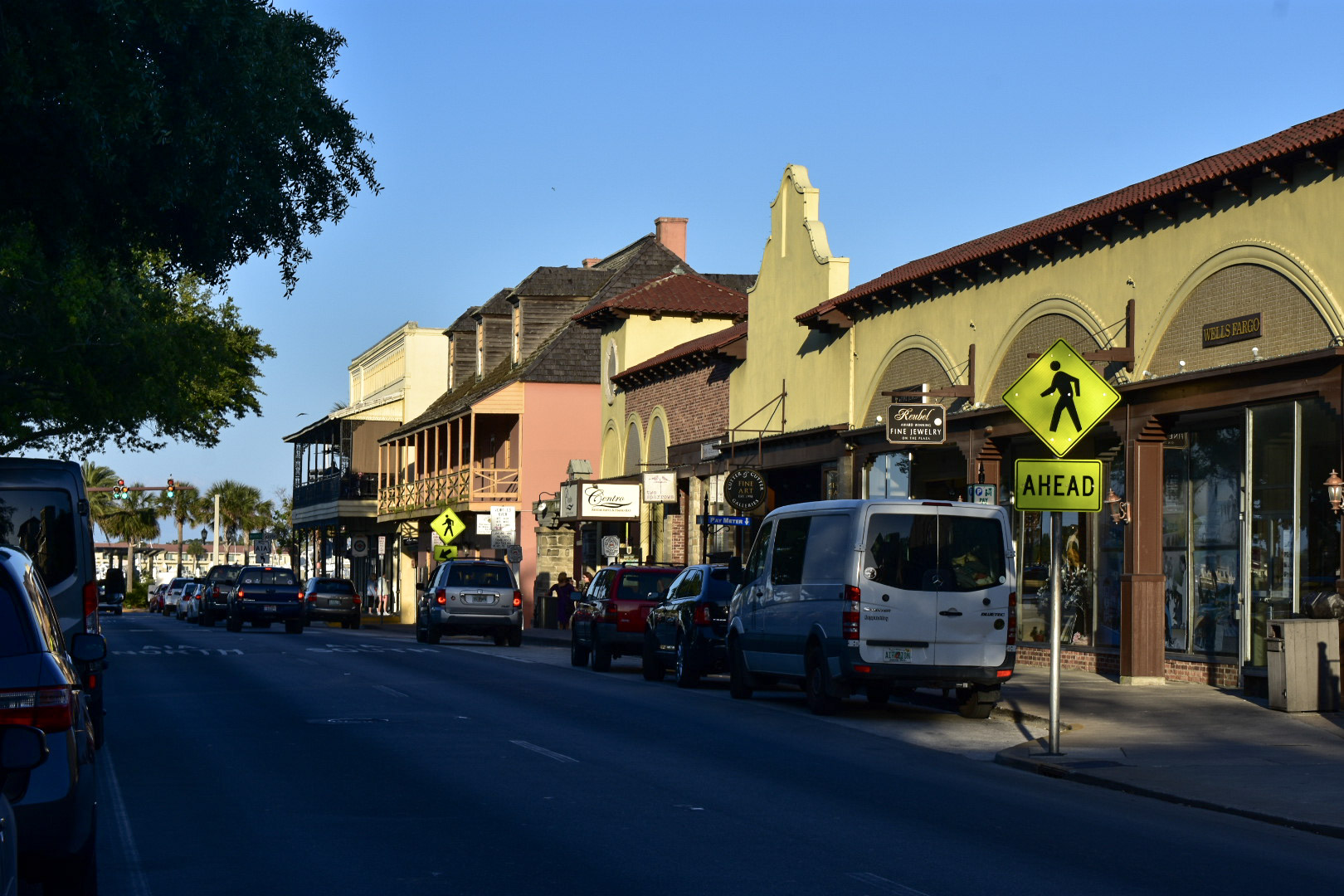